EA is making changes to The Sims 4‘s upcoming Snowy Escape content pack following criticism from South Korean players. The criticism initially came in reaction to the trailer for the Japanese-inspired DLC that went up last week. Players went on to explain (thanks, SimsCommunity) that they believed some of the imagery involved was problematic for several reasons.

The first scene involves someone bowing to a shrine, whereas the second moment features a sim wearing an item of clothing that includes a symbol bearing a resemblance to the Rising Sun flag. As people explained in the comments at the time, shrine worship was enforced in the country when it was under Japanese rule from 1910 to 1945. As for the flag, it it commonly seen as a symbol of Japanese imperialism in Korea and China. In the build up to the Tokyo Olympics, South Korea has called for it to be banned for similar reasons.

In response, Sims 4 producer Graham Nardone took to Twitter to share that EA has altered the trailer and that the changes would also be reflected in the DLC pack when it launches. “We will not have Sims bow in front of shrines in the world of Mt. Komorebi,” he says. “Further, we’ve adjusted some patterns on clothing and objects within Snowy Escape that unintentionally evoked imagery with painful historic meaning.

“We aim to be inclusive. We involve others both within and outside of our team, and we listen to them as representatives of the cultures that we draw inspiration from. We’re unwavering in our commitment to representing more of our players’ lives in an authentic and respectful way.” 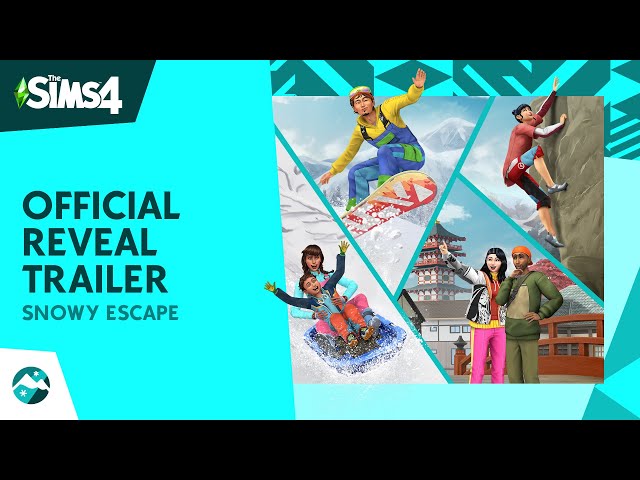 The trailer has since been replaced, so the content described has been altered. That said, the current trailer still shows the sim in front of the shrine, albeit looking confused instead of bowing.

As for the clothing, you can see it in James Turner’s reaction video to the initial trailer around the two-minute mark.

Hi, Simmers! We modified the reveal trailer for The Sims 4 Snowy Escape and have made changes to the pack to respect our Korean players. I want you to know that those changes will be in-game when Snowy Escape launches.

Outside of the Japanese-inspired locale, Snowy Escape roughly involves doing all the things you would do on a ski trip, from thundering down snowy mountains to relaxing in a hot spring.

The Sims 4 Snowy Escape release date is pencilled in for November 13, so we’ll have to wait and see how it further handles other people’s culture.