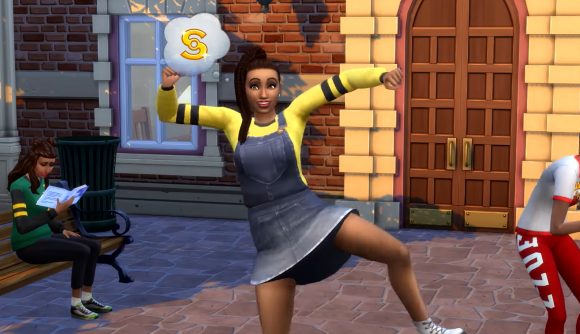 The wondrous and whimsical world of The Sims is about to expand with an upcoming reality competition show called The Sims Spark’d. The “first-of-its-kind” series, publisher EA has announced, will see contestants take on various “creative challenges to build the most unique characters, worlds, and stories” in the long-running simulation games series’ latest title, The Sims 4.

In a press release, EA announces the upcoming reality show “is redefining reality competition by bringing creativity, storytelling, and the community together in an entertaining new way”. It’ll feature four episodes in the series, in which 12 simmers take on timed skill and elimination-based challenges to chase down the $100,000 prize and impress a panel of celebrity judges.

This panel will include BuzzFeed Multiplayer YouTube personality Kelsey Impicciche (who also created the #100babychallenge Sims series), the singer and songwriter Tayla Parx, whose Simlish version of the tune ‘Me versus Us’ featured in a Sims 4 expansion pack, and Maxis dev Dave Miotke. Plus, The Sims Spark’d will be hosted by American Idol finalist and Sims fan Rayvon Owen.

The Sims Spark'd is redefining reality competition!! Spark'd is a brand new show where Simmers take on challenges to create unique characters, amazing builds, and compelling stories in the hopes of impressing the judges! https://t.co/zb5lavPXWV #TheSimsSparkd pic.twitter.com/dELZQ6UdWr

If you’d prefer to check it out online, you can catch the show on Buzzfeed Multiplayer, where each episode will stream the Monday following its TV airing (July 20 and 27, and August 3 and 10).

If you’re a Sims 4 fan and are keen to get stuck into the action, EA’s got ” a series of in-game challenges in The Sims 4 called the Spark’d Challenge Program” to take part in, which will kick off on July 17. “Top creators” in this will get the chance to be considered to appear on a future series of the show.