Vacation-themed expansions have a long legacy within The Sims series, including The Sims 2’s Bon Voyage, and Island Paradise in The Sims 3. Each encourages your hard-working Sims to break away from career hustle and city living and instead indulge in some well-earned R&R.

The Sims 4’s latest expansion, Island Living, takes a decidedly more chilled route than the series’ previous vacation-themed DLC, scrapping the holiday resort management options and instead focusing on culture and conservationism. My Sim won’t miss rushing around organising other people’s vacations when she’s sipping cocktails on her pizza-shaped inflatable lilo, thank you very much.

Savvy Sims fans will notice a lot of similarities between Island Living and Island Paradise. Scuba diving returns, along with jet skiing, the lifeguard career, and playable mermaid Sims. There are plenty of new features to check out in Island Living, however, so I packed up shop and moved my moderately agoraphobic Sim to paradise. The jury’s still out on how relaxing this will actually be…

Like other The Sims 4 expansions, Island Living introduces a completely new world for Sims to explore and move into. Sulani is heavily influenced by Polyneisian culture, with lots spread across a series of small islands and an aesthetic influenced by traditional indigenous design. 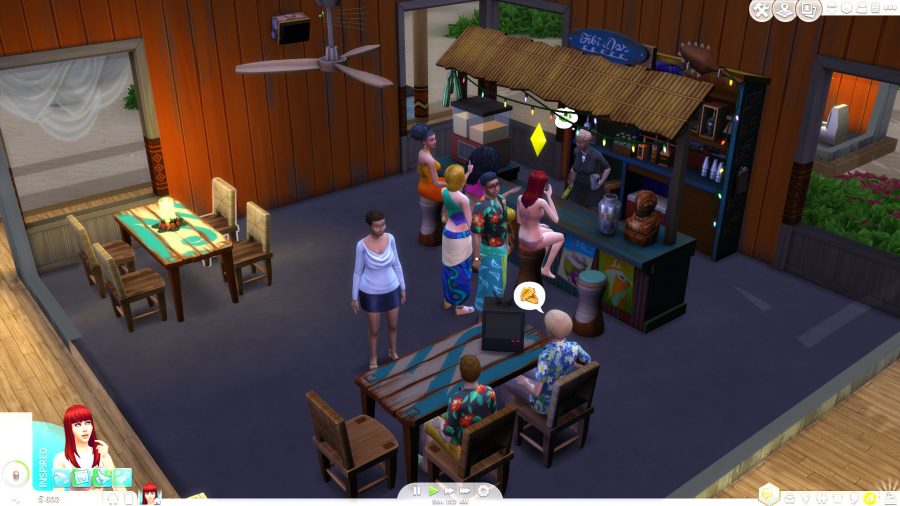 Island Living introduces a plethora of new ways to earn cash, introducing three part-time jobs to The Sims 4; lifeguard, diving instructor, and fisher… person, along with a new fully fledged Conservationist career path and odd jobs that you can complete for other Sims on the Island.

As appealing as the Conservationist career path sounds – the idea of my Sim banging pots and pans and shouting about how plastic from commercialised fishing was destroying the environment is particularly appealing – it feels more in keeping with the expansion’s spirit to take a more casual approach to making ends meet.

Odd jobs are time limited, and can range from simple tasks such as fetching items, to more skill-based exercises like bartending and photography. As my poor Sim is relatively unskilled in such areas, I instead accept a task to catch some frogs at a nearby waterfall. 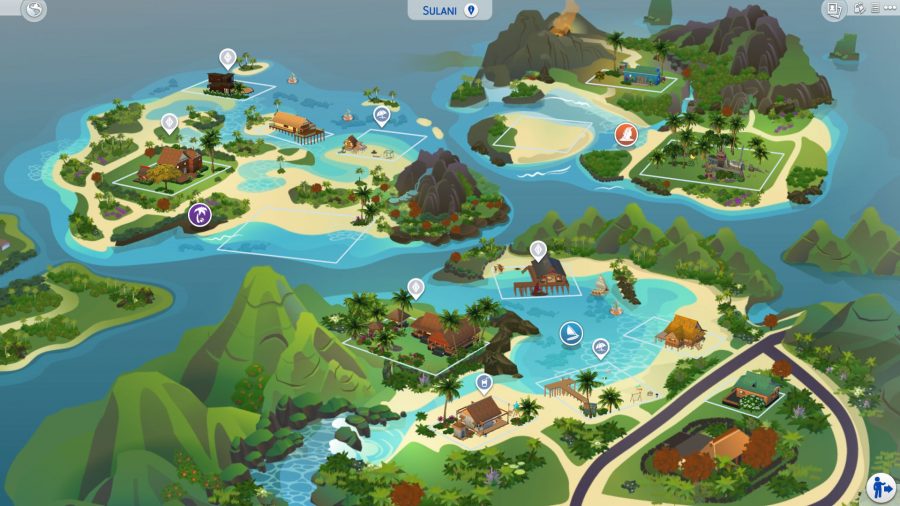 You can apparently also WooHoo in said waterfall, in case frog catching isn’t quite the thrill-seeking expedition you’re looking for. I cross my fingers and hope that my Sim doesn’t catch a glance of any raunchy happenings while hunting for amphibians.

Greenpeace, feel free to hit me up - Island Living has made me an eco-warrior

There are fewer opportunities for al fresco WooHoo in the conservationist career path, but don’t let that put you off; it ties into Island Living’s themes wonderfully. You’ll be tasked with cleaning up Sulani, clearing beaches of plastic and reducing water pollution in infected areas.

As you rank up, you’ll increase the overall ecology of the world and the island will visibly flourish; flowers will bloom, coral reefs will grow, and fish begin to repopulate the ocean. In what is perhaps the most satisfying action The Sims has ever implemented, you can even lecture people that you catch dropping litter on the island. Greenpeace, feel free to hit me up, because The Sims has made me an environmental warrior. 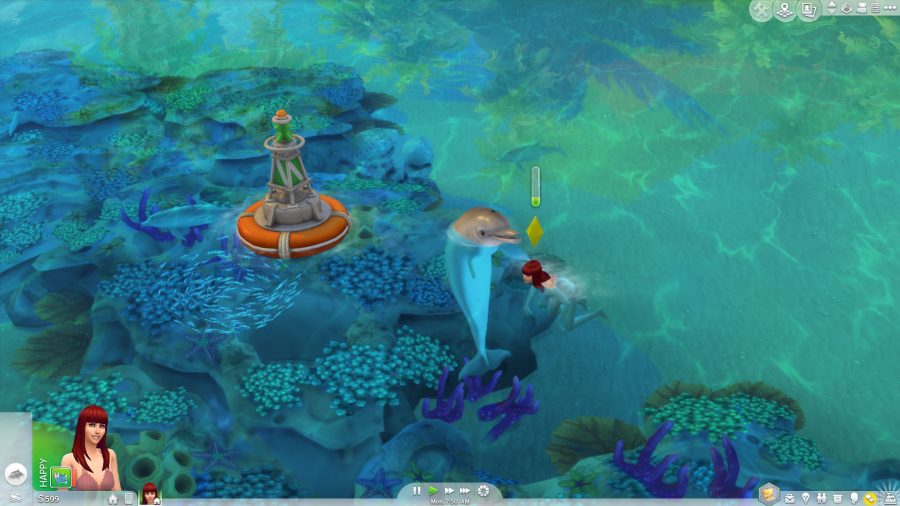 It’s a good thing that cleaning up Sulani and it’s waters is such a key component of this expansion, because there sure is a lot of ocean in this world, and an awful lot to do in it. Entering water is now a seamless transition from being on land (this is a big thing for The Sims, ok?), and you can spend time swimming, snorkelling, jet skiing, or sailing. If you’re lucky, you’ll also run into dolphins and those aforementioned mermaids. Dolphins can be befriended and perform tricks for you should you bond with them well enough, although the one I speak to is pretty disagreeable in conversation.

Island Living also features sharks. Thank whatever gods are out there that I didn’t run into any, or this expansion pack would have been promptly uninstalled and hidden away in the far corners of my game library. If you’re a filthy heathen, there’s also an option to pee in the ocean, but for the sake of everyone please don’t do that. 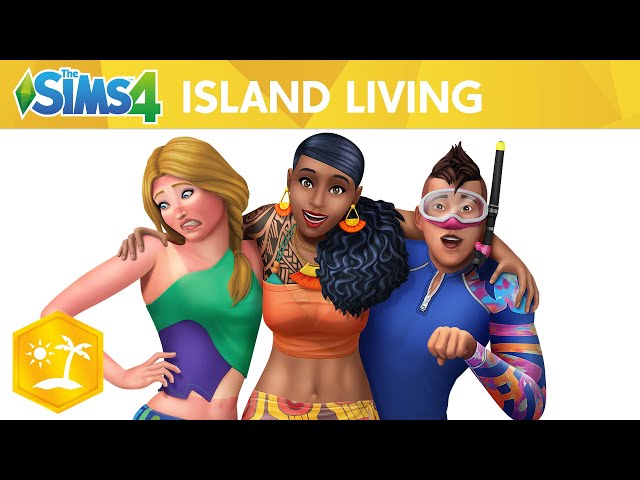 Island Living feels like the first expansion pack to make The Sims feel less ‘busy’. Each content addition to the base game inadvertently makes your time and choices more precious, as you divide your attention between aspects like pets, seasonal events, and celebrity stardom.

Island Living adds plenty of content to keep you entertained, sure, and between the various job options and activities you’ll never be short on ways to spend your time, but it does so with an emphasis on relaxation and recreation rather than a mad dash to check off the many tasks the game throws at you. If you need me, I’ll be nude sunbathing, sipping a Simsmapolitan, and scandalising the neighbours.