Stepping into StrangerVille, it’s immediately apparent that something’s a little… amiss. People are grinning madly, some of the plants have a neon glow, and is that a surveillance van?

The Sims 4 hasn’t had a story-led expansion since 2018’s Jungle Adventure game pack – which isn’t that long, sure, but there have been so many career-based add-ons since then. This is an expansion that, instead, pays homage to fan favourite neighbourhood StrangeTown. The setting featured in The Sims 2 across PC, Nintendo DS, and PSP – the latter of which got a narrative-driven experience set solely in the series’s oddest district. Jealous? You no longer need to be.

If you’re the kind of Sims 4 player who isn’t that into story then, don’t worry, it’s not mandatory in StrangerVille. There are plenty of entertaining situations outside of the narrative for you to enjoy. The four features you can find in The Sims 4: StrangerVille that we’ve listed below exemplify the range of activities you can expect. It’s about to get weird.

StrangerVille is steeped in mystery, and it’s down to you to uncover the secrets and discover what exactly is going on with the townsfolk here. The new ‘StrangerVille Mystery’ aspiration will guide you throughout the game’s missions as you uncover the neighbourhood’s enigmas.

These Sims sport twisted smiles that would make The Joker cringe

Upon moving into StrangerVille, you’ll experience the usual welcome wagon from the neighbourhood residents, but it’s a one-sided conversation. These Sims avoid conversation and sport twisted smiles that would make The Joker cringe.

Among the new faces are Secret Agents, Scientists, Military Personnel, and Conspiracy Theorists. Each contribute their own tidbits to the town’s lore, and alongside features like the supernatural weather and random acts of body possession – complete with extremely creepy contortion – contribute to the game’s distinct atmosphere. 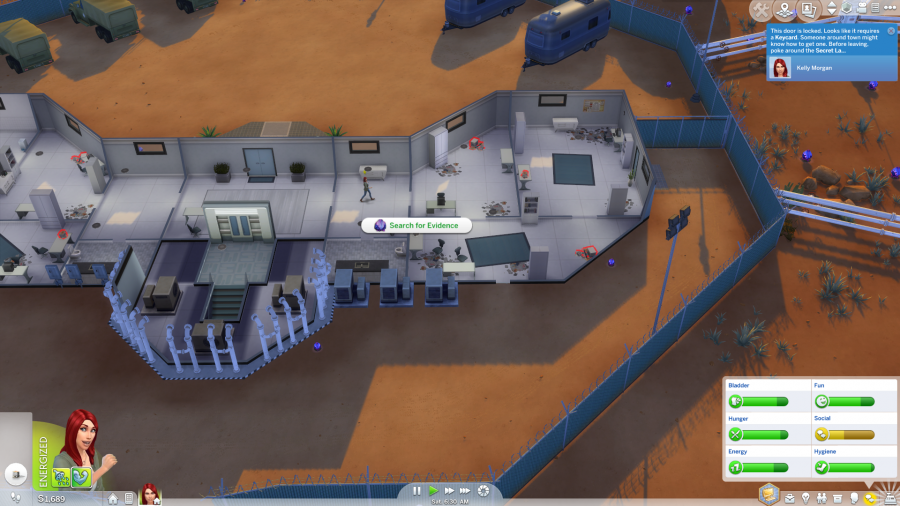 A district worth exploring

StrangerVille’s neighbourhood is without a doubt one of the best in The Sims 4 so far. The lots are littered with features, from the glowing plants to tumbleweeds and lizards, not to mention the occasional inconspicuous surveillance van. All totally normal things to find in your homestead.

StrangerVille Plaza is the main hub of the expansion and where you’ll spend most of your time as you dive in and out of the town’s conspiracies. There’s a bar, library, trailer park, and an oddball curios store – all expertly crafted to contribute to the mystery.

Don’t forget to check out the mysterious plane wreckage and super secret laboratory either. The laboratory stands out as one of the most ambitious hubs to date as it’s spread over multiple floors that get progressively creepier as you progress. Just make sure you’re appropriately equipped before you venture down. 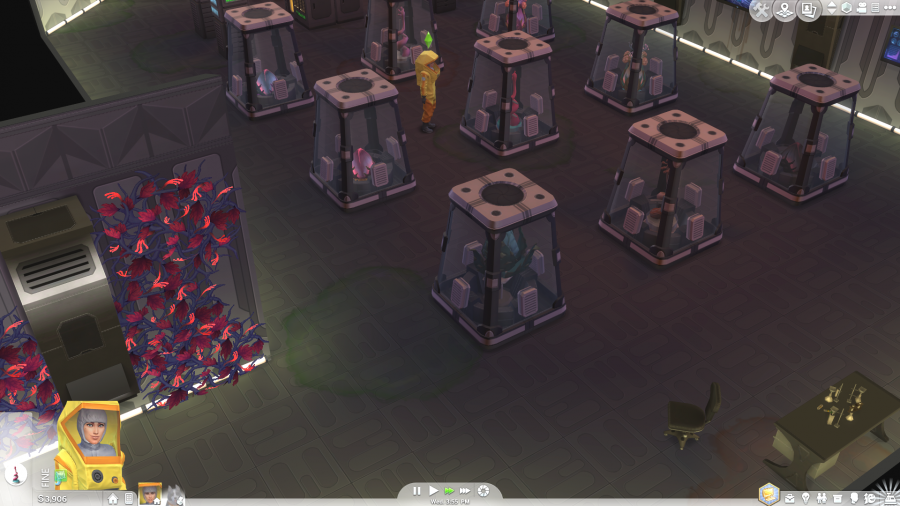 Off to Boot Camp

The Sims 4: StrangerVille brings with it a new career. Somehow, it’s not that strange at all – you can go down the rigorous and disciplined path of the Military. The career progression requirements are fitness orientated, much to the chagrin of my Sim, who was made in my likeness and therefore has a natural aversion to exercise. Poor thing. She put literal blood, sweat, and many tears into rising through those ranks.

Read more: Check out the best sandbox games on PC

All the hard work is worth it, though. The career path branches out into two options: Covert Operator and Officer. Choose to be Officer and you get the ability to command other military NPCs, while the Covert Operator allows you to plant bugs on your neighbours and conduct some absolutely ethical spy operations. 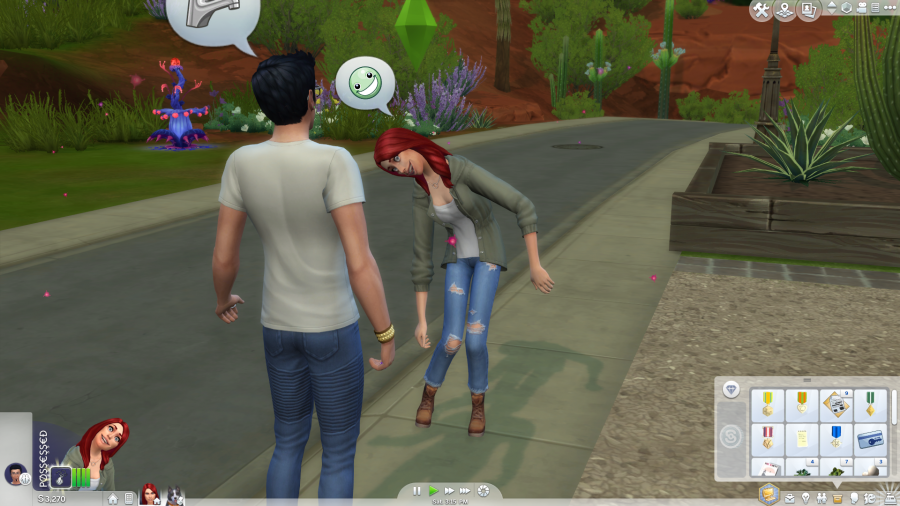 Never one to miss the opportunity to live out all my Dana Scully fantasies, I went with the Covert Officer – as if there was any other choice for my exercise-hating Sim. It ties in surprisingly well the overarching StrangerVille storyline, allowing me to amass information by prying residents for information, and bugging them when they didn’t blab. Let’s hope a Whistleblower career is included in the next expansion so I can atone for my dubious choices.

Get freaky with the locals

No, we’re not talking about the WooHoo kind of freaky here. You’ll notice strange neon plants dotted around StrangerVille with some of the more peculiar locals hanging around close by. These plants are partially responsible for the odd behaviour exhibited by the residents. Fancy a bite of this forbidden fruit? 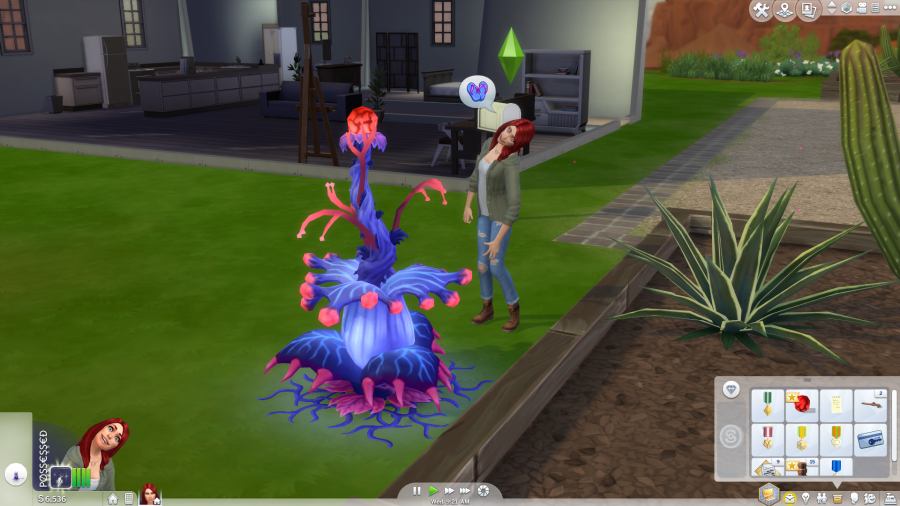 The Bizarre Plants are fully interactable, which means you can nurture and grow their weird fruit, and then harvest it. The inventory description dissuades you from consuming the fruit. Ha! Devouring the fruit, as you’re obviously going to, leads to some interesting results. The most obvious is that your Sim will have a horribly distorted face. It may also look like all the bones in their body have been removed and put back in wrong. The rest you’ll have to find out yourself. But don’t worry if you don’t like it as the effects only last a few hours. Well, most of them – let’s just say you’ll need to progress through the story to get fully back to normal.

While The Sims 4: StrangerVille is hurt by a lack of replayability, what’s in there is so memorable that you’ll be replaying it in your head for weeks to come. Hopefully, this bizarre expansion is the direction The Sims 4 continues to go, combining narrative storylines with the game’s open-ended gameplay.