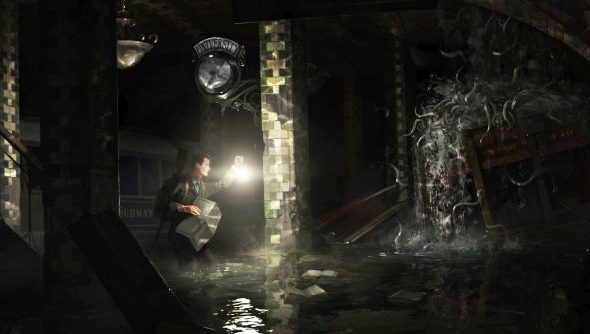 Well, there’s a bunch of words I didn’t realise how badly I wanted to see together. Frogwares were originally to be the developers behind the Call of Cthulu game now being made by Cyanide. News on that project disappeared as quickly as it turned up two years ago, but The Sinking City seems to be what is left of it. Frogwares say it’s the biggest thing they’ve ever done, but we’re unlikely to see it this year.

If you prefer your scares more undeadly, here’s the best zombie games.

The announcement comes out of the new Frogwares site, with sadly sparse info beyond some very pretty screens and the triumverate of Cthulu mythos ’20s investigation in a sprawling open world. The official game pagesays that you’ll be taking the role of a PI, sent to the city Oakmont, Massachusettsin the middle of a flood that has clearly non-natural origins. It’s up to you to unravel the hellish mystery and try to retain your sanity as you do.

Exciting, and close enough to the first, great hours of Call of Cthulu: Dark Corners of the Earth to be interesting. We asked Focus Home Interactive if the project was anything to do with them and they said no. Lovecraft’s various works and most well-known universe are public domain, meaning any number of movies or games can be developed using the license without one company controlling it all.

Release date is defiantly TBD, and with Frogwares already having Sherlock Holmes: The Devil’s Daughter due this year, it seems unlikely to be a 2016 release. With Cyanide’s similar sounding game – certainly in theme, anyway – releasing that year, dodging that would probably be a good shout as well, but the realities of game development may catch up. Frogwares say there’ll be a demo of The Sinking City at GDC, so we’ll try to get you some more news on it from there.