Myst may not have been the first of its kind when it arrived in 1994, but it brought its particular breed of atmospheric puzzle game into the videogaming mainstream. The Sojourn draws from its beautiful, thought-provoking ancestor, taking players on a cradle-to-grave journey which draws from the whole of human history.

The Sojourn offers a minimalist narrative which you piece together as you progress. Its primary world is falling apart but drenched in colour – until you pass, through bonfire-like shrines, into a new, darker world, parallel to your own, where you can interact with intricate statues that form the basis of the game’s puzzles.

You can stay in the dark world for as long as you like, but the distance you can travel while you’re there is limited. This is less a problem than it sounds, as you can interact with those aforementioned statues from a distance. Some allow you to swap places with them, positioning and repositioning around each level. Others temporarily rebuild part of the world, granting access to places that would otherwise be out of reach. Managing your time in the dark alongside the location of the statues is central to each puzzle’s solution.

Levels become more complex as new ideas are introduced; transferable gemstones allow you to nominate a single statue, enabling you to interact with it even when you’re not in the dark world; one-way gates dictate your path through each environment; ornate projectors let you direct a beam of darkness across the map, making some parts of a level react differently to others. But it’s once you’ve solved The Sojourn’s initial puzzles that the real challenge begins. 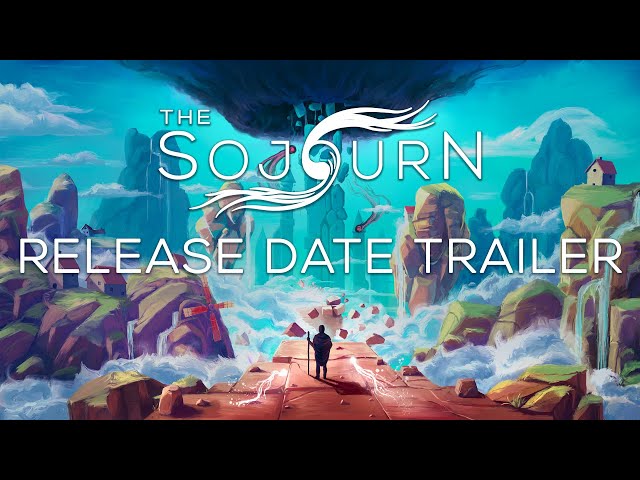 As you solve a puzzle, each level unfurls into a more sprawling and complicated – but ultimately far more rewarding – conundrum. These expand on the first task, building on the framework of the original challenge, but offering a new reward for your troubles. Much of The Sojourn’s story is told through a series of sculptures which document milestones in the life of a new family, but solving these enhanced puzzles releases a scroll that delves further into the game’s abstract philosophy.

When you solve a puzzle, levels unfurl a more complex conundrum

These are entirely optional, and there’s nothing to force you to engage with the story elements or the deeper meaning behind The Sojourn, but the game’s most rewarding moments are tied to these revelations. Initial puzzles fall into place with relative ease, but after you solve them, you’re given the opportunity to re-examine a level in a new light. It encourages a mental re-wiring, incentivising you to look at the same ideas from a new perspective, and to figure out how pieces you’ve already placed can be retro-fitted to accomplish your new goals. 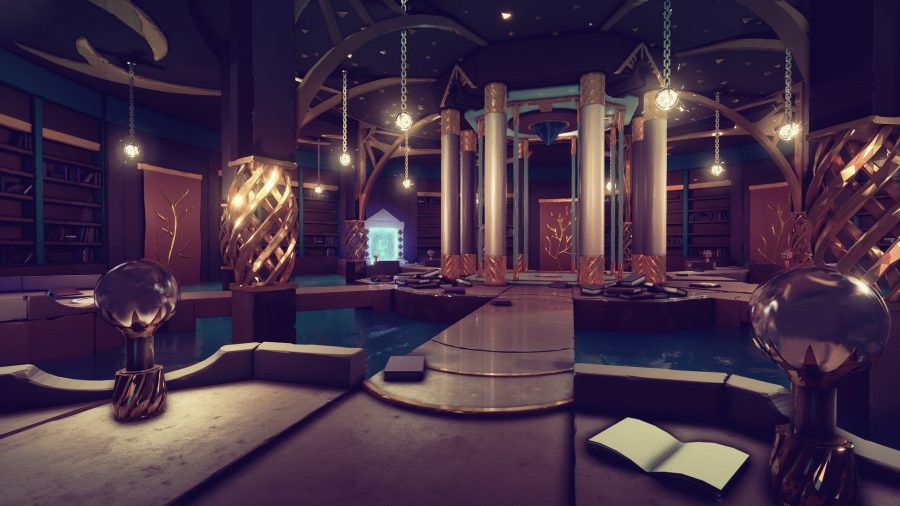 The longer you spend trying to figure out your next move, the more you can revel in The Sojourn’s intricate artwork. Levels pop with colour, drawing immediate parallels to recent genre juggernauts like The Witness and The Talos Principle, but the crumbling world is reminiscent of Bastion, and the diverse design and sprawling levels put me in mind of What Remains of Edith Finch. Echoing the game’s central themes, The Sojourn’s architecture draws on global influences, from ancient Middle Eastern cities to 20th-century American art deco.

Its heritage is difficult to ignore, but it’s clear that developer Shifting Tides has learned from the games that have come before, weaving strands of DNA from decades of genre-defining puzzle games – from Myst to Portal, and beyond – into The Sojourn’s gentle meditation on existence.