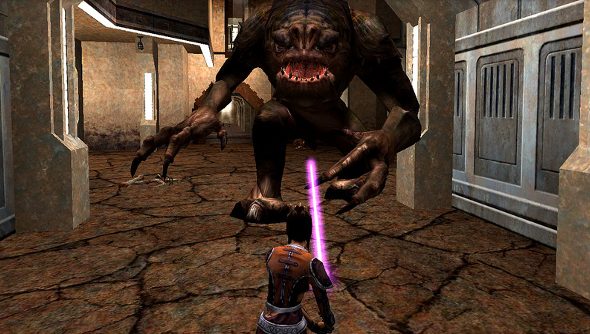 Pay whatever you want, and you’ll be able to get your hands on three of the best Star Wars games: Knights of the Old Republic, Dark Forces and Jedi Academy. You get an RPG, an FPS and an action game for whatever you can find in your wallet.

If you pay above the average, which is – for a Humble Bundle – a quite high $10.74, then you’ll also get Knights of the Old Republic II, Battlefront II and Republic Commando. So far, there’s not a single game in there that isn’t great.

You could stop right there. Maybe you should? You could pay $12 or more and get three more, but two of them are the Force Unleashed series, which are all sizzle and no steak. But Empire at War: Gold Pack is in that tier too, and it’s an absolutely great RTS. You could just give the Force Unleashed codes to someone you don’t particularly care for.

On top of those nine games, there are more waiting in the wings for those who pay more than the average.

There’s two weeks left on the bundle, which is supporting Unicef and the Star Wars Force for Change charity, so you’ve got plenty of time.