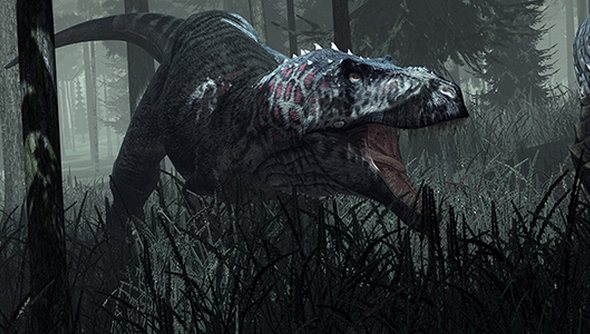 The Stomping Lands’ modeler has abandoned the project after the lead developer refused to respond to his emails for over two months. “I’ve sent him 5 messages and haven’t got any single reply,” artist  Vlad Konstantinov says. “If this silence continues I will stop my participation in TSL.”

Konstantinov wrote that to The Stomping Land’s forums a month ago, he’s now left the project and moved onto another, Beasts of Prey.

The Stomping Land’s been in a state of limbo since the developer went quiet back in June. It’s lead developer, Alex “Jig” Fundora, cut off virtually all contact with the community and, it seems, his team.

“I’ve sent him 5 messages and haven’t got any single reply,” Konstantinov wrote in a forum post in January. “I don’t know, probably he has some serious reasons to ignore me (and whole community) but to my mind there are no excuses for such behavior. Not to mention the fact that Jig owes me the money for the latest model, he’s put me in a very difficult situation because now I will have to pay our texture artist for his work from my own pocket.”

On February 6 Konstantinov signed on to Breasts of Prey, another dinosaur game, and took his model work from The Stomping Land with him.

There’s been no update’s to The Stomping Land’s site or Steam page.

After raising $114,060 on Kickstarter, Jig released a build of The Stomping Land to Steam Early Access on May 30, 2014 but since then has only updated it once. It was briefly removed from Steam back in September but it’s been relisted and people are still able to buy the game for £18.99.

It does look like The Stomping Land may be extinct.