Life in the apocalypse can be pretty rough. At any moment you could be forced to brutally tear off your former co-workers’ armoured limbs in a frenzied attempt to simply survive. Yeah, it really, really sucks but this is your reality in the world of The Surge.

Deck 13’s action-RPG is set in a world where ripping apart cyborgs to obtain their mechanical parts so you can upgrade your own heavy-grade exoskeleton is as routine as having cereal for breakfast. It’s the only way you’re able to fight through the game’s future vision of Earth after it has suffered an ecological collapse, brought on by the effects of pollution and other strains caused by the swelling human population.

In the first Surge game, the megacorp CREO was trying to restore the planet back to health with a number of nanobot-loaded rockets that were blasted into the atmosphere. Unfortunately, that plan failed, as the nanobots instead made every technologically enhanced human crazy – a big problem when mechanical body augmentation is the norm. The Surge 2 winds time forward two months after the incident, letting us escape the confines of the first game’s factory and explore what’s left of the outside world.

Your new stomping ground is Jericho City, and it is, predictably, in ruins. But it’s far from abandoned as it’s under the control of an organisation called A.I.D, which is trying to prevent further spread of the techno virus by placing the whole city under strict quarantine. The upgrade from a factory to an entire city is the result of Deck 13 Wanting to push every feature of The Surge further, starting with vastly expanding the world. 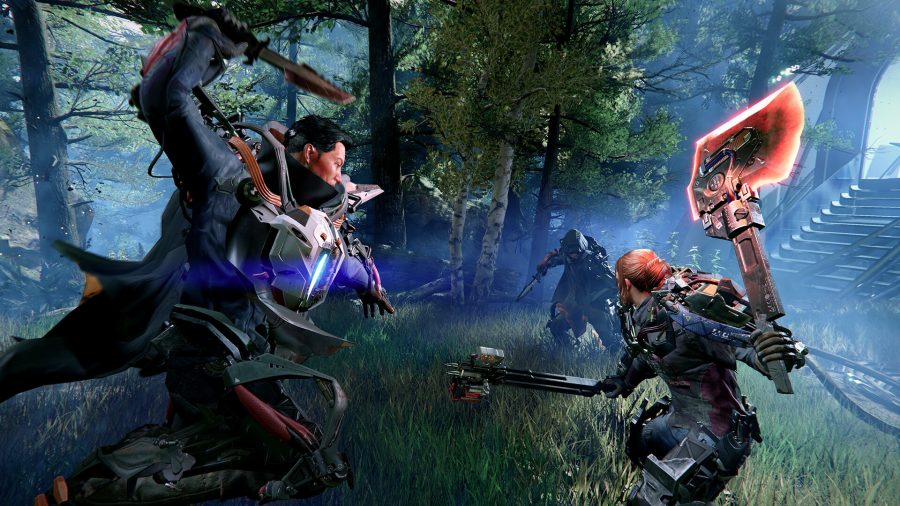 “We wanted a broadened experience in terms of how the levels are built, how they unfold, where you can go next,” managing director Jan Klose tells me. “We asked ourselves, ‘What environment would be more suitable?’ We decided no confined spaces, we wanted inside and outside, up and down. A vertical environment.”

The factory was nice but it was just a factory. If you have a city it can be anything

This is why Jericho City is a concrete jungle of side alleys, secret paths, and hidden areas. But its layout also recognises that a city is more embedded in the natural landscape than the machine spaces of a factory. This encouraged Deck 13 to create different environments, washing away the overwhelming grey of the first game with a new range of colours, and given them textures beyond the smooth steel and concrete of industrialist architecture.

“The factory was nice but it was just a factory. If you have a city it can be anything,” Klose says. “A forest environment with parks, there are underground caves, we have skyscrapers, we have a gigantic wall shielding off the city. There are lots of locations that are all very different but still work together as being a city.”

As Jericho City has many layers to explore which has given Deck 13 the chance to create zip-lines that let you swoop from one area to another. These offer more than the relief of a shortcut too, as you can whiz down from a high point to get the drop on unsuspecting enemies.

A Window to the Soul

There's an increasing number of developers who have taken inspiration from the Souls series to forge their own games. If you enjoy the punishing challenge and gritty combat of FromSoftware's series then check out our list of the best games like Dark Souls for PC.

“That’s the biggest change from Surge 1 to Surge 2,” Klose says. “There’s more freedom. We want players to feel like, ‘I’ll go somewhere else and I’ll try something else’. This is a tricky game, but there’s tons of options for how you play it and you have lots of opportunities to learn them.”

One way Deck 13 is directly tackling this issue is by adding more quest goals in the sequel. But the more intelligent design is to add characters into the city beyond the A.I.D agents – ones that feel like they belong there, and should have a good understanding of it. These are the people who weren’t able to evacuate when everyone else did so a month before, and have now set up shop within the walls. They can sell you items, give you missions, and reveal clues that help you unfold the wider story. 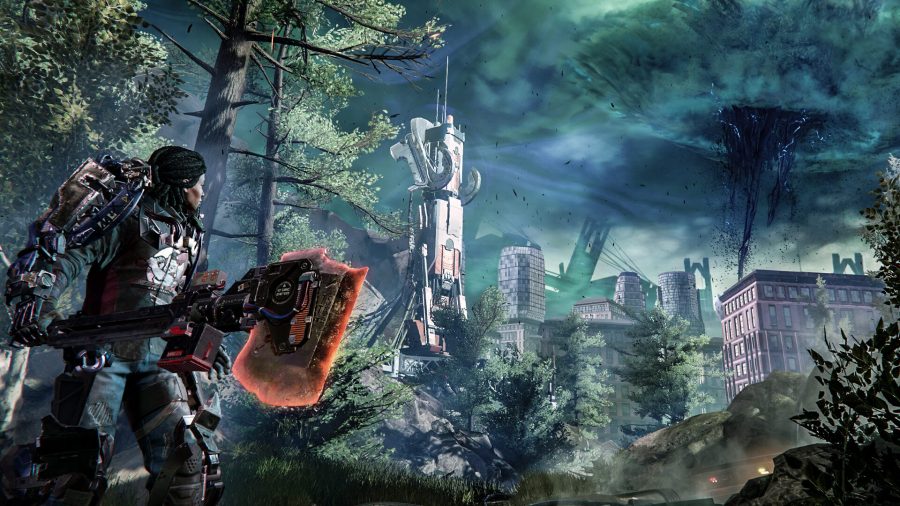 If you played the first game you might believe you can bring plenty of insight into the situation in The Surge 2, but Klose says a lot has changed since then, and so both you and your character have no idea what’s going on. “You wake up after a plane crash and discover the state of the city, and you’re not sure what happened to you,” Klose says. “There was another passenger on the plane and you’re trying to find her, and you find out that she’s involved in a big story with the A.I.D. What do they really do there? What do they want? Is my mission to stop this nano disease?”

These questions will steer you through the opening hours of The Surge 2 as you try to figure out where you stand concerning the nanotech and its use. The A.I.D believes that the virus comes from the gigantic storm forming above the centre of the city, but it’s unclear if you can you trust that theory. That’s something you’ll gain more info on as you progress.

The more immediate issue is dealing with the huge mechanical monsters that have been corrupted by the virus. CERO’s rampaging robots and A.I.D’s exoskeleton goons are everywhere, which gives you plenty of machine harvesting opportunities. The Surge’s limb targeting system returns in full force, letting you chop, tear, slice, and blow up enemy limbs to reinforce your own armour. 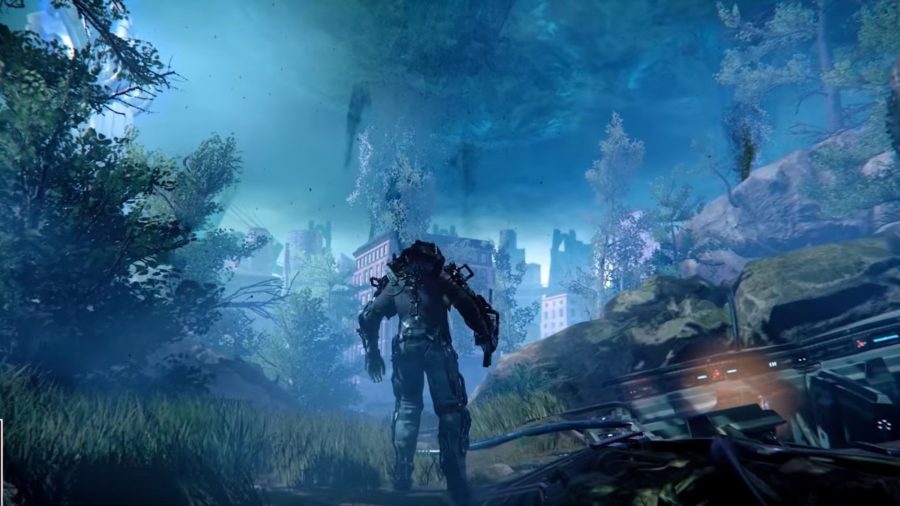 During the demo, I have no problem slicing and dicing my enemies to get some shiny new tech. Getting killed by the same enemy tens of times, eventually getting that final blow, and ripping the gun from their metal body is just as thrilling as before. Surprised by my own bloodlust, I ask Klose if I should be worried, but he reassures me that the effect is exactly what The Surge 2 is designed to do. Deck 13 was praised for the close-combat violence in The Surge and so has been confident in reinstating it with even more fodder to tear apart.

“It’s very violent how you acquire your gear but the enemies never feel like they’re victims,” Klose says. “They’re very strong, they’re powerful. There’s no emphasis on cruelty even though it’s very violent and very bloody, and there are heads flying around everywhere.”

You’ll have to wait a little longer before experiencing the barbarity of this high-flying sequel, but it will be out in 2019. In the meantime, we have compiled a list of everything we know about The Surge 2, including details on bosses, implants, weapons, and combat. If you’re not familiar with the series then check out our The Surge review to find out if it’s your cup of nano virus-infused tea.