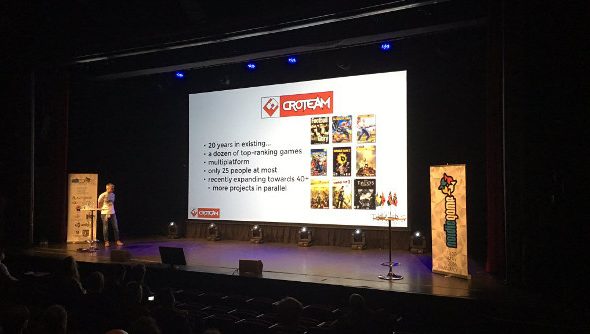 Who needs press releases eh? A member of Croteam, the folks behind Serious Sam and The Talos Principle, has announced via a talk given at Nordic Game in Malmö, Sweden that a sequel to the team’s first-person consider-’em-up is on the way. Very few details were given, and even less were made public as the confirmation came via a tweet from an audience member, retweeted by the official Croteam account.

For similarities to the Croatian developers’ other work, have a look at the best FPS games.

And the Croteam account that RT’d, rather confirming it. Usually this sort of thing would be said through, say, a publisher, or an email, or they’d at least let folks know it’s happening, but hey we’ll take it, it’s the modern world. Alen Ladavac is the Chief Technical Officer over at Croteam, so it’s not like he wouldn’t be in a position to know and announce if he wanted.

Croteam have also been quietly pootling away on a fifth Serious Sam game, confusingly titled Serious Sam 4, for at least a year – written by the same folks who put together the initial Talos Principle game.

However, most important is what do you call a second game in a philosophical series? Team PCGN had a few ideas:

We need some help. Pop your own in the comments.