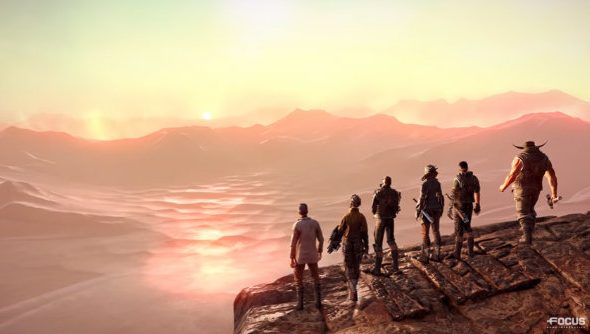 The Technomancer looks like it could be a half decent RPG. I don’t think it’s going to win any awards, but I’m surprised by how it’s shaping up every time I see a new trailer. It looks like a setting I could enjoy, and the real-time combat looks mindless enough to actually be fun, assuming it’s not frustrating. If nothing else, a story will happen as you travel across Mars, which is fine by me. This latest trailer gives us a look at some of the friends and acquaintances you’ll make along the way.

It probably won’t end up on our list of PC’s best RPGs, but don’t write it off just yet.

The only issue I really have with The Technomancer’s latest trailer, which is all about your companions, is that it doesn’t really get across much personality. It’s more focused on their attributes, skills in battle and aesthetics. Mass Effect’s companions aren’t memorable because of the weapons they wield, they’re memorable because they’re great characters – and characters can make or break an RPG.

The trailer does tell us these people have unique stories, though, so hopefully they all get a chance to shine in the actual game. Some companions might join you out of loyalty, while others might end up in your group by chance, with the loyalty part possibly coming later.

In RPG tradition, they will all want something from you and will periodically ask you for favours, fleshing out their backstory and deepening your bond. All companions will feel differently about the decisions you make, too, so be sure to travel with friends who match your moral compass. Check out the trailer below: