Telltale Games recently announced that their long-running partnership with The Walking Dead would be coming to a close with the fourth season, due out in 2018. That got me thinking: what’s next for Telltale? The studio have a wonderful history in adapting comic books, be it using incredibly popular heroes like Batman, or introducing lesser-known stories like Fables to a new audience via The Wolf Among Us. And so now seems the perfect time to put together a Telltale wishlist.

So please, Telltale, why not consider these comics for your next adaptation?

Love dialogue and choices? Point and click your way over to the best adventure games. 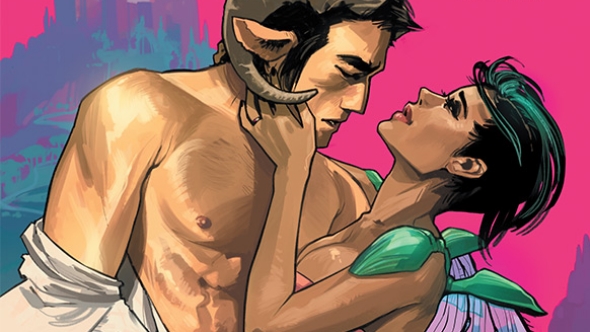 Image via Saga #15, via Image Comics.

Brian K. Vaughan and Fiona Staples’ Saga has taken the comic world by storm over the last few years, and it’s not hard to see why. Most simply described as Romeo and Juliet spliced with the lovechild of Star Wars and Game of Thrones, it’s a heartfelt, bizarre, and violent romp through a galaxy where biological humanoid televisions exist in the same space as dungaree-wearing talking seals.

The comic follows the lives of Alana and Marko, lovers from opposing sides of a long-waged war, on the run from their respective militaries. The Landfall/Wreath war is home to far more than their story, though. Like The Walking Dead, it’d be great to see Telltale create their own characters and see the politics of this word through fresh eyes.

One idea would be to cast players as a Freelancer (Saga’s collection of bounty hunters), and explore the toll that contract killing takes on someone’s soul. There’d be chance to cross paths with the story’s existing Freelancers and feel the impact of the main narrative, while diving deeper into a character who must resolve their own internal conflicts. Will you undertake contracts for the highest bidder unquestioned, or use your position to uncover the rot at the heart of this galaxy’s institutions?

Plus, to steal some of BioWare’s thunder, there’d be a fair bit of shagging. It wouldn’t be Saga without some rumpy pumpy.

The Wicked + The Divine 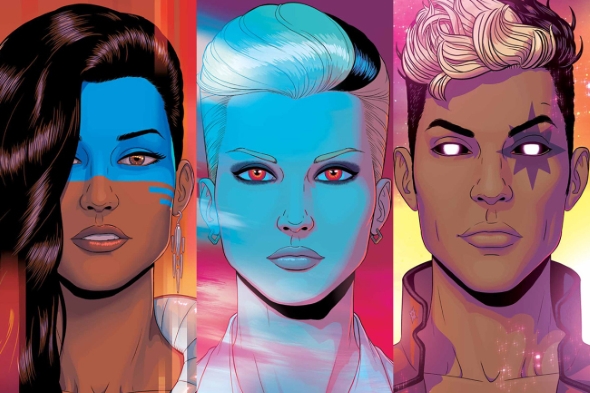 Image via The Wicked + The Divine, via Uproxx.

Every 90 years, a pantheon of 12 gods are reincarnated on Earth as major movers and shakers, at least according to the issues of Kieron Gillen and Jamie McKelvie’s The Wicked and the Divine. Their contemporary, millennial epic sees the gods arrive in the guises of pop stars, with doppelgangers for David Bowie, Rihanna, and Prince among them. But what about the prior pantheon? Or the 2100 pantheon? Ideal territory for Telltale, I say.

Long term, this would be a chance for the studio to really stretch their creative talents. Each season could be set in an entirely different time period, with the linking thread being the intrigue of seeing what form each of the gods take in their new eras. And with a character roster this large, let’s have each episode feature a different playable deity. The joy would be in living out the consequences of prior playable characters; it’s easy to be selfish in a Telltale adventure, but how easy will those decisions be when you have to consider that you don’t know who you’ll be playing as next episode? 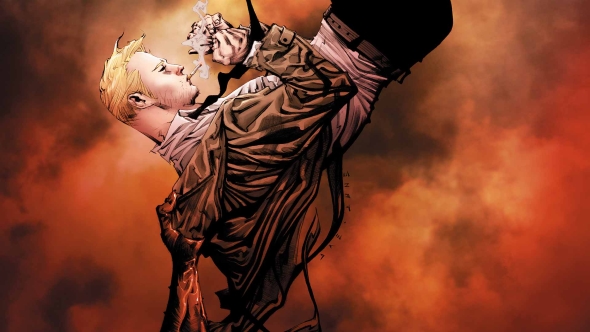 As we know, thanks to Batman and The Wolf Among Us, Telltale have excellent access to DC’s Vertigo imprint of comics. Among Vertigo’s most famous characters is John Constantine, a chain-smoking Liverpudlian warlock who appears in the pages of Hellblazer, and the perfect lead for a dark, miserable Telltale series.

You see, Constantine is a man constantly on the run from his own vices. His addictive personality has seen him dive deeper into the world of the occult than he ever should have. The result is a series of past events that continually haunt him, such as when he accidentally sent a young girl to Hell in the ‘Newcastle Incident’, or the deal he did with a demon in exchange for a cure to his self-inflicted lung cancer.

Telltale have always let you play as a bit of a bastard but Constantine would be a great character for them to expand on that. He manipulates everyone in his tracks, human or demon, and the writing team could get really creative with how they let you trick, betray, and coerce people into doing your bidding. It’d also be great to see them play with his self-destructive vices, too; be that by allowing the player to trade some of Constantine’s soul for an easy way out, or perhaps lighting up a cigarette to calm his nerves in a particularly tense argument. Of course, you’d have to remember that every backstab, lie, curse, and cigarette has a consequence… 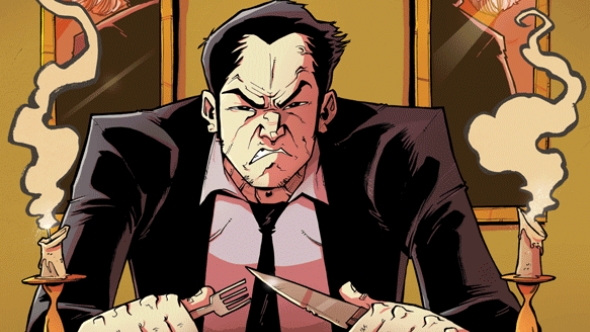 Image via Chew #56, via Image Comics.

Tony Chu works for the U.S. Food and Drug Administration, but that’s not what makes him special. Tony is a Cibopath, which means he gets psychic impressions from whatever he eats. Chomping on an orange allows him to see the sun-drenched tree upon which it grew, while taking a bite of a fresh corpse allows him to witness their final moments. Pretty handy when trying to find a murderer, less so when attempting to enjoy a burger.

Let’s tie this to adventure games. In Full Throttle, protagonist Ben would famously say “I’m not putting my lips on that” when commanded to use his mouth on an object. But in a Chew game, Tony wouldn’t be able to refuse. Every item would be a potential link to the episode’s case so he’d just have to suck it up (sometimes literally). Thus comes continual hilarity as Tony describes his psychic visions for every edible object in the game – a dozen in every area, of course.

While decisions would naturally be a major part of a Chew game, the real joy would be in Telltale replicating the humour of the comics, emulating both John Layman’s witty dialogue and Rob Guillory’s unmistakable art. The studio achieved this in spectacular fashion with Tales from the Borderlands, so let’s see what they can do with Chew. 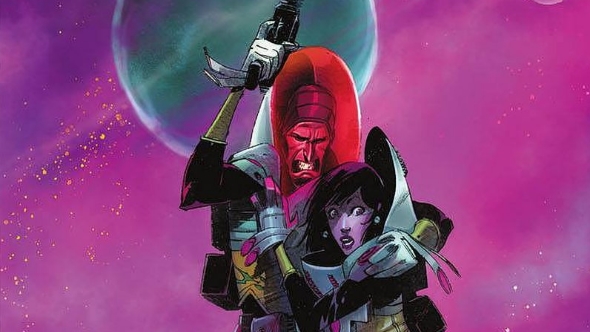 Rick Remender and Matteo Scalera’s Black Science is a love letter to the strange, pulpy years of 1970s sci-fi. From frogmen with laser tongues to neon-lit native Americans, there’s a whole bunch of weird characters populating its twisty, back-stabbing narrative.

The story follows a science team led by Grant McKay, who’s developed a device that can punch through dimensions. Each volume of the comic sees the team in entirely different realities, having to deal with alternative versions of themselves, strange new cultures, and the fact that McKay himself is a self-centred asshole. Already you can see the potential for Telltale’s brand of character drama, but I’ve got another idea.

The Black Science team never know where they’ll end up, and neither should the player. Telltale could create five episodes upfront, each set in a different dimension, and every player would be given access to a randomly selected episode each month. A core narrative based around the internal struggles of the group would stay consistent no matter what dimension you were in, which would keep the story pushing forward, but the events around those elements would be different depending on what episode you were served up. It’d be a logistical nightmare of crossing plot threads, but I’m convinced Telltale could do it.

Those are the five comics we’d love to see transformed into interactive adventures, but what characters and stories would you like to see Telltale adapt? Let us know in the comments.