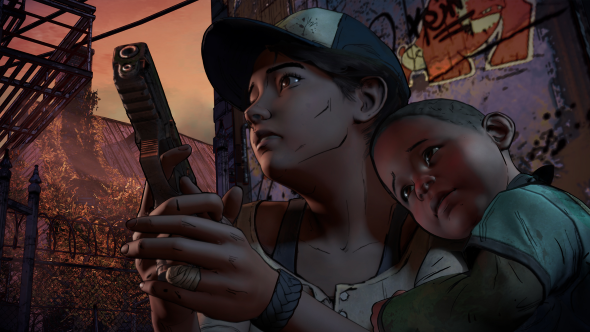 It’s time to pay for all your bad decisions in the penultimate episode of Telltale’s The Walking Dead season 3. It’s usually around this point where it’s not just the zombies, but also your decisions, that come to bite you directly on the ass.

For more dead people who want to eat you, check out our list of the best zombie games.

You probably don’t want specifics, but it looks like stuff is certainly going down in the new trailer, from increased tensions both among your group and with others to massive scraps with hordes of undead.

I’m not 100% sure, but it looks like we might even get control of Clementine in the present day in this one, too. Previously, we’ve only been able to step into her tiny shoes in flashbacks, but it seems we might be able to guide her through the here and now this time.

Episode 4 is called Thicker Than Water and it’s out on April 25. Watch the new trailer above.