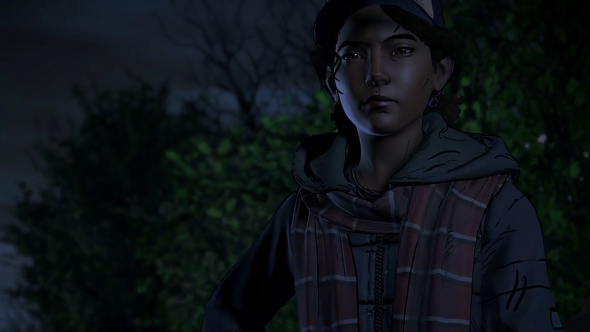 Update December 2, 2016: A new trailer has been released for The Walking Dead’s third season, introducing us to new playable character Javier.

We see Javier during the initial breakout of the zombie virus, and then time skips ahead a little and we follow Javier as he meets an older, more world-weary Clementine. Check the trailer out above.

For more shambling corpses, check out our list of the best zombie games.

Presumably they’ll be sold together, because that would just be rubbish if not.

Original Story November 22, 2016: Slay bells ring, are you listening? Spend this Christmas slaughtering hordes of zombies, being the direct cause of multiple deaths and probably stealing supplies from desperate, starving strangers, as Telltale’s The Walking Dead’s season three premiers on December 20.

The first of five episodes in The Walking Dead’s third season, titles A New Frontier, will premiere digitally worldwide on the same date. If you head to Steam, the game is available to pre-order soon with a 10% discount for early birds, though it’s not live on Valve’s platform at the time of writing.

“When family is all you have left… how far will you go to protect it?,” asks the official blurb. “Four years after society was ripped apart by undead hands, pockets of civilisation emerge from the chaos. But at what cost? Can the living be trusted on this new frontier?

“As Javier, a young man determined to find the family taken from him, you meet a young girl who has experienced her own unimaginable loss. Her name is Clementine, and your fates are bound together in a story where every choice you make could be your last.”

A special extended first look at the premiere episode will be revealed live on stage at The Game Awards on December 1.