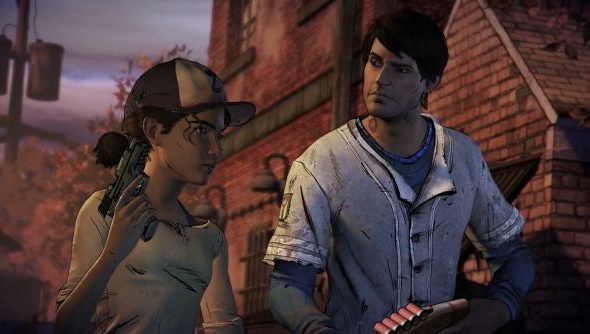 The Walking Dead Season 3, near the top of any “inevitably happening games” list, has been shown off for the first time on IGN’s E3 stream. Developed by Telltale, it looks to have taken a significant timejump since the end of Season 2, with long-running hero Clementine looking older, wiser and much more of a badass – though still wearing her signature hat.

The first thing you’ll notice is how much nicer it looks. Telltale have finally updated that creaking engine, and it’s apparent from the improved textures and lighting. Hopefully the frame rate is more consistent, too.

This season takes place closer to the events of the TV show, with a Clementine in her early teens. The hardships of Season Two will be apparent on the young protagonist, Telltale said in the IGN livestream.

She hasn’t just lost her innocence, though – if you look closely at the trailer, you might have noticed that she’s also missing a finger. It’s a good job she still has that hat, huh? The missing finger is a reminder that she’s been away for a while and this time period probably hasn’t been easy. This won’t be Clementine as we last saw her.

Clementine will be joined by Javier, who Telltale say is important to the story. He’s so important, in fact, that you’ll also play as him at certain points.

The Walking Dead’s third season, which apparently won’t actually be called Season Three, is releasing this autumn. Don’t worry about that naming decision, though – choices from other games will carry across, although Telltale say it’ll be a great starting point for new players.

Let us know in the comments if you spot any secrets in the trailer.