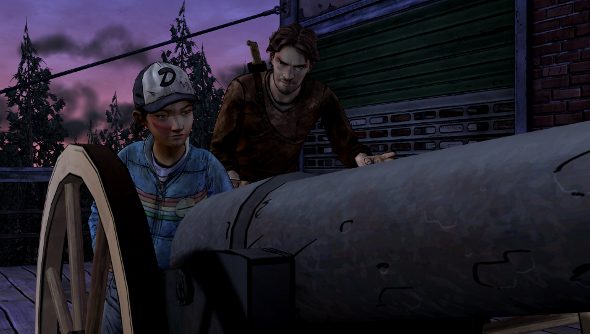 Usually, Telltale Games’ big announcements involve acquiring the rights to make a game from an established property, like hit TV shows and comics. But today, Telltale has a thrown a plot twist our way with their partnership with Lionsgate Films, and their announcement of an original series that will be both a TV show and a videogame.

Lionsgate just made a hefty investment in Telltale, and put their CEO, Jon Feltheimer, on the board of directors at Telltale. According a press release, the two companies will be co-developing original intellectual properties in addition to established properties. Former EA chief John Riccitiello also joined the Telltale board as a part of today’s moves.

But the really interesting thing is what Telltale is working on now. In an exclusive with Entertainment Weekly, newly-installed Telltale CEO Kevin Bruner explained that the studio is at work on a super show”.

What the heck is a Super Show? Well, according to Bruner: “A ‘Super Show’ episode combines one part of interactive playable content with one part of scripted television style content. Both pieces, when combined together, are what make an actual Super Show ‘episode.’”

Details are sparse for now, but Bruner promises that both types of “content”, the game and TV portion, will be able to stand separately.

The entire thing sounds a bit like what Syfy attempted to do with Trion Worlds and Defiance, though obviously Telltale makes adventure games and not MMOs. It’ll be interesting see how it pans out, especially given the relatively grim history of cross-media collaborations between game and film. I also start to worry when you have to make something where, by design, each part of the whole is expendable to the other.