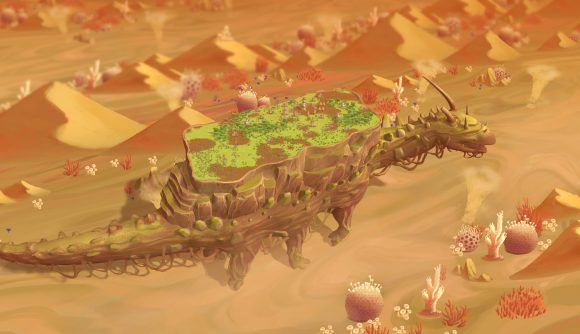 The Wandering Village is a city-builder where you construct a town on the back of a giant monster. It’s a simple concept that immediately captures the imagination, and it’s one of the most intriguing city-building games we’ve seen in a while. If it’s caught your eye, you don’t have to wait – it’s playable right now as part of Steam Next Fest.

The demo lets you start a new village right from the beginning, and there’s a handy tutorial that’ll walk you through the most important bits of keeping your villagers – and their monster-sized pal, Onbu – alive. There’s a strong survival element here, as you’ll have to keep growing crops and collecting water to survive.

The Onbu wanders along set paths, and you can construct buildings that let you influence which way it goes at certain crossroads. If it starts moving through a desert, you’re going to have a much harder time collecting enough water to keep your villagers (and their crops) hydrated.

Within about 30 minutes of starting, I’d found myself at a wall where most of my villagers were starving after extended trips through two different deserts wiped out my crops, the Onbu itself was on the verge of death from a lack of food, and a cloud of poison mushroom spores left a blight on my village’s lands. Yet my time getting to that point was so charming that I can’t wait to go back and take a second shot.

You can check out the demo for yourself on Steam, or take a look at the trailer below. 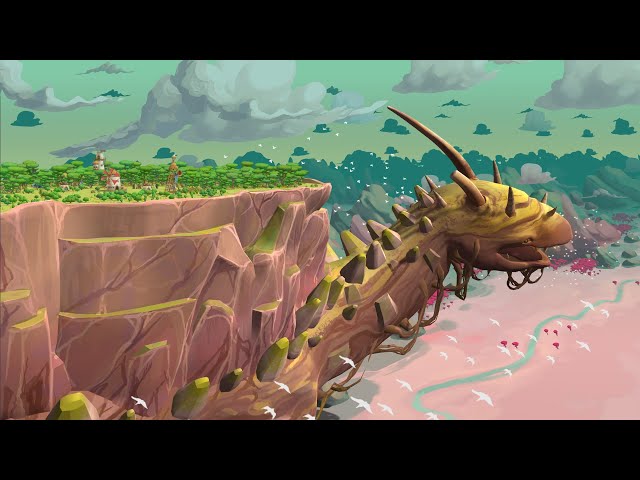 The Wandering Village is due to hit Steam Early Access in spring or summer this year.