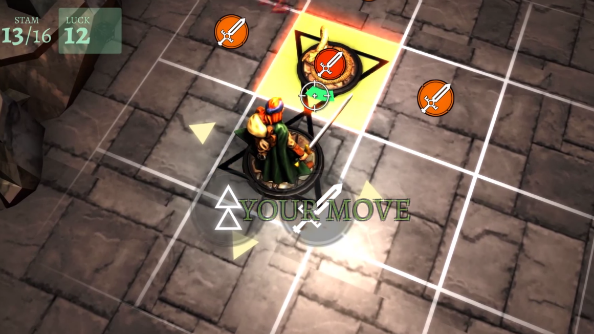 A digital tabletop re-imagining of Fighting Fantasy classic, The Warlock of Firetop Mountain has more than doubled its original Kickstarter goal in less than a week. The project was started by Tin Man Games, a small Australian developer who have previously made a number of Fighting Fantasy and Gamebook Adventures.

Want more drawing and tapping? Take a peek at the best card games on PC.

Tin Man Games are looking to expand the gamebook into a digital RPG, in which multiple character paths, 3D rendered miniatures and turn-based combat combine to make a realistic digital recreation of the tabletop counterpart.

The original goal of $15,000 Australian Dollars was beaten in less than 36 hours and has since then risen to over $32,000 AUD – that’s £14,898 or $22,939 USD. Tin Man Games are promising to include a host of stretch goals to match the demand from backers including bringing the book’s original artist on board to provide illustrations, voiceover recording, translations into other languages and fully fleshed out sound design.