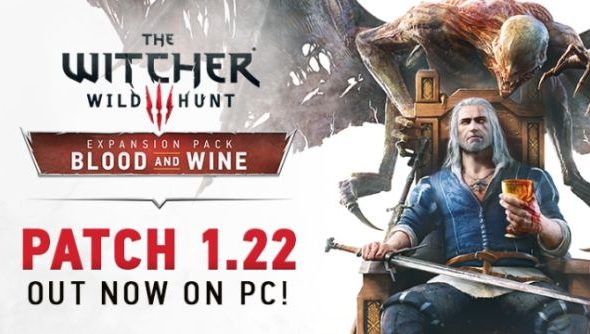 The Witcher 3 may have seen its final big expansion pack, but that doesn’t mean CD Projekt RED are done yet. Patch 1.22 has been released today for the PC version, fixing a full three pages worth of bugs, glitches and haphazard coding snafus. There’s no additional content, but if you’ve been encountering strange behaviour it should hopefully be solved now.

How are you feeling about The Witcher 3’s battles?

The patch notes were released on the official site today. Here’s the highlights from CDPR:

Poor Roach, he just hates how fancy Toussaint is. There’s some fairly fascinating bugs fixed in here too, like how pressing ‘O’ would add an infinite number of Gwent cards to your inventory. My kingdom for patch notes that show the actual string changes required. Full notes over here.