What has always appealed to me the most about The Witcher series is not its strokes of dark European fantasy or naturalistic overworlds. It is the way the games tackle everyday topics, grounding the sword fights and alchemical inventions with a cast of relatable characters woven together by human stories. Nowhere is this more apparent than in how the games address the topic of family. It is at the forefront of the series, explored through Geralt’s journeys and the kings, peasants, and witches he meets along the way.

This article contains spoilers for The Witcher 1, 2, and 3. Geralt of Rivia’s underlying motivation throughout The Witcher series is to abandon monster hunting and find a family of his own. This is an aspect of the RPGs that developers CD Projekt Red have attested to themselves.

Talking to NoClip, Borys Pugacz-Muraszkiewicz, the English adaptation director at CD Projekt Red for The Witcher 3, explains, “A lot of the saga is about Geralt, in spite of being an itinerant monster slayer and dealing with a lot of nastiness, trying to figure out how to re-establish himself within a nuclear family.” This sentiment will make sense to anyone who has followed both the books and the games.

Geralt is infertile. It is a consequence of the mutations he went through as a child to become a witcher. He has no parents, too. His only family are outcasts: Vesemir, his surrogate father; Ciri, his adopted daughter; and Lambert and Eskel, his fellow witchers.

He has no biological family left and it is that which largely shapes his journey as he travels throughout the lands, slaying beasts and romancing sorceresses. 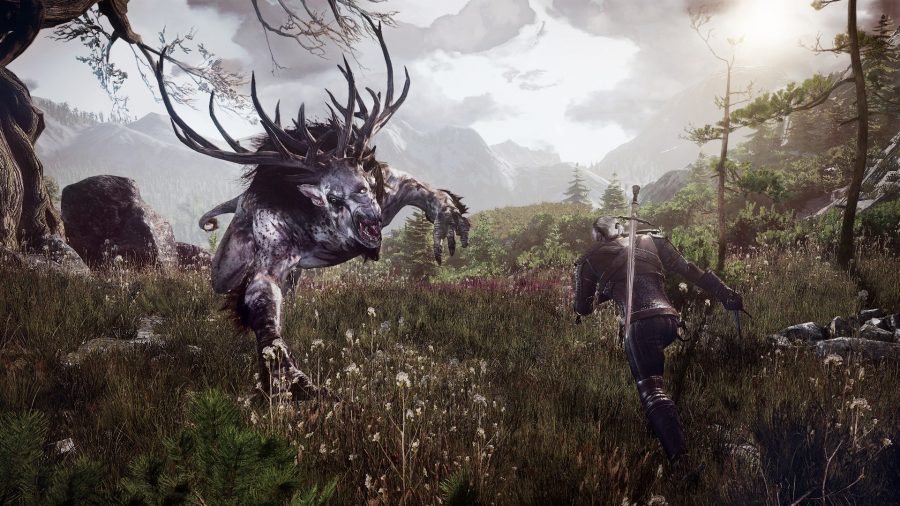 The first Witcher game sets this focus up right away. At the beginning of the game, we see Geralt take in Alvin, an orphan with magical abilities, and try to make a temporary home with Triss Merigold, in the Temerian city of Vizima. Over the course of the game, you can mould Alvin as you wish, teaching him to view his visions as a gift, or telling him to hide his special abilities from the world.

The royals represent the shortcomings of the nuclear model

You can also give him away or persist and try to steer him in the right direction. However, you will fail no matter what you choose to do with your young charge. He disappears into a portal near the end of the game, and his fate is only revealed to you later in The Witcher 3 quest ‘Message from an Old Friend’.

In this side-quest, you find a note addressed to Geralt from a person identifying as “A” in a book written by Jacques de Aldersberg, the villain of the first game. For many, this confirmed a long-held fan theory that Jacques de Aldersberg was actually Alvin – something already implied by how you can shape Alvin in the first game and how those decisions affect Aldersberg’s final monologue. If we are to take this connection as the truth then it is clear Geralt failed in his attempts to raise a family. He could not steer Alvin away from becoming a monster, so instead he drifts into the next game with Triss, unsatisfied and disillusioned. 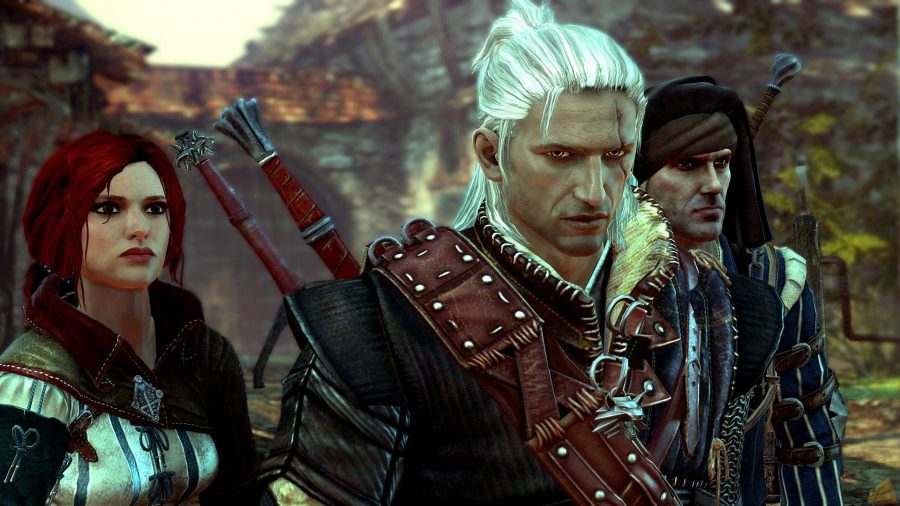 The Witcher 2: Assassins of Kings deals with two plot threads that continue to address the theme of family: the messy succession of the Temerian throne and the witcher’s attempts to regain his memories of Yennefer and Ciri, who are the closest thing he had to a traditional family. These narrative throughlines seek to legitimise alternative family models, with the royals representing the shortcomings of the nuclear model. The opening of the game drives this home. It starts with Baron Aryan La Vallette, the illegitimate son of King Foltest of Temeria, raging war on his own brothers and sisters. This not only introduces the player to Foltest’s infidelity, but the clear divisions in the family, represented quite literally by the battle lines.

Gerout Geralt: Why Ciri should be the lead for The Witcher 4

The Witcher 3: The Wild Hunt is arguably the most successful exploration of the series’ central topic. It continues the plot threads and ideas established in the previous two games and comments on them through its huge library of quests and characters. The overarching story in The Witcher 3 sees Geralt carrying on his quest to find his adopted daughter Ciri, and his attempts to start a traditional family, in spite of the oncoming apocalypse.

Like Alvin, you are given a choice of how to raise her. You can respect her independence, chastise her, or crack jokes to take her mind off the cataclysmic events. This time around, however, your choices will result in a number of different potential consequences. The game has several endings that depend on how you treat Ciri at pivotal moments. Act as a loving father and you may see Ciri again. Conduct yourself too strongly, though, and you will push her away for good and watch as Geralt spends his time regretting his approach. 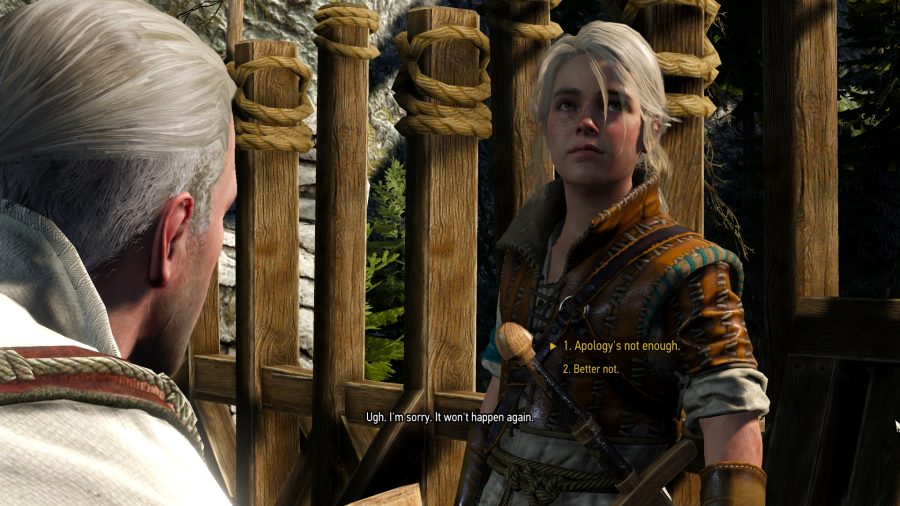 To help you with your decisions The Witcher 3 provides plenty of examples of dysfunctional and broken families, illustrating how relationships can easily break down. The Bloody Baron quest ‘Family Matters’ is probably the most notorious as it shows what can happen if you mistreat your family or are too overbearing. The Baron abused his family and kept them locked up, subsequently losing their love and affection – this is what drives his wife and daughter to run away, encountering the Crones of Crookback Bog and a deadly cult, which Geralt is hired to rescue them from.

There are positive examples of father figures spread throughout the game

Regardless of the outcome of this quest, Geralt will emerge from his encounter with the Baron’s wife and daughter with new insights into family life, learning to respect Ciri’s independence and not smother her.

There are more positive examples of father figures spread throughout the game too, which you can also take lessons from. My favourite is found in the expansion Blood and Wine, in the quest ‘Big Game Hunter’. Here, Geralt must take a nobleman on a trek through the forest to take photographs of dangerous creatures.

At first, this man is portrayed as a fool with more money than sense, and Geralt will treat him as such, but he gradually wins the respect of the witcher. This occurs after Geralt learns he only embarks on these dangerous treks as a way of showing his bedridden daughter, Clarissa, the world and its creatures, as she’s been injured in a horse riding accident and cannot venture outside. 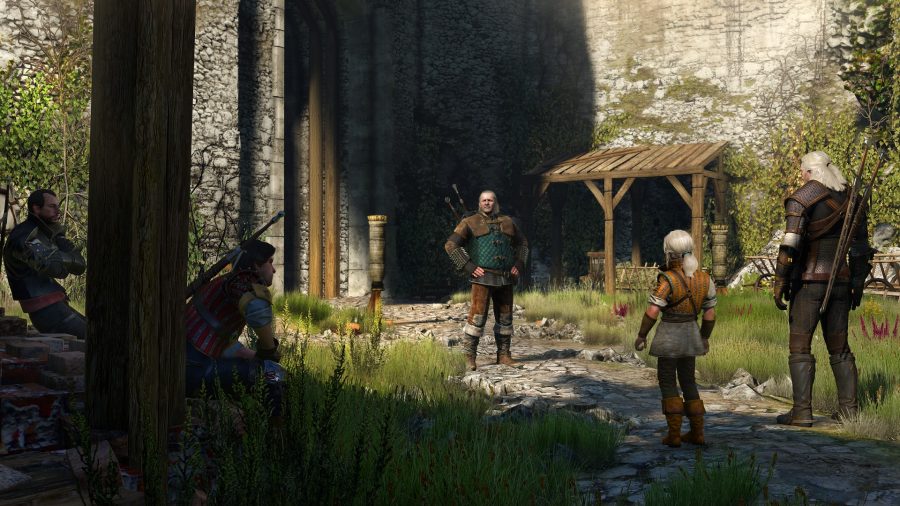 The ending you get in The Witcher 3 will differ depending on how you apply the lessons from these many familial encounters. If you complete all the DLC, it is even possible to quit monster hunting altogether and live alongside Ciri and either Triss or Yennefer, – depending on who Geralt falls for – on a vineyard. This requires you to pay attention to the human stories you encounter, though. If you fail to heed the advice you are given then you and Ciri may both meet your untimely ends.

The Witcher series mixes epic fantasy with realistic themes. It could easily centre its narrative entirely on monster hunting, but CD Projekt Red reach for more meaningful interactions. Geralt’s career is merely a means to make ends meet, his physical scraps with beast and bandit just an extension of his own personal struggles. In The Witcher, the real emphasis is on family, what it means to belong to a group, and keeping a home of your own.