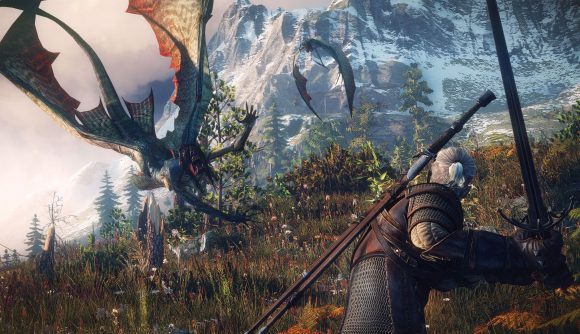 If you already own The Witcher 3 on PC or console, you can claim a second copy for free from GOG for the next week. To avail of the offer, you just have to sync whatever platform you already own one of the best RPGS on to GOG’s games library system, GOG Galaxy.

Here’s how it works: whatever system or marketplace you already haveThe Witcher 3: Wild Hunt on, sync it up to GOG Galaxy. Get the software here, then go to Add Games & Friends, then click Connect Platforms, which will open the integration menu. Once you have your libraries integrated, you will have a copy of The Witcher 3 credited to your GOG account, with all the digital content exclusive to the GOG marketplace like the extended soundtrack and digital comic book The Witcher: House of Glass. The offer runs until June 23.

GOG Galaxy is essentially an all-in-one database for your games. You sync the libraries of whatever marketplaces and systems you have that are compatible, and you can then keep track of all the games you own across Epic, Steam, GOG, Xbox and beyond. It also acts as a launcher for any PC game, which means no jumping between interfaces to open the titles you want to play.

If this would be your first time playing The Witcher 3: Wild Hunt on PC, there’s plenty of mods to freshen up the experience for you. This one makes the game look like its early E3 demo, and this one is gradually giving it a complete graphical overhaul. We have a convenient list of all the best mods, for your viewing pleasure.

In other The Witcher news, production on the second season of the Netflix series might be resuming soon after shutting down back in March due to the pandemic. All the more time to put together another banger like Toss A Coin To Your Witcher, we reckon.