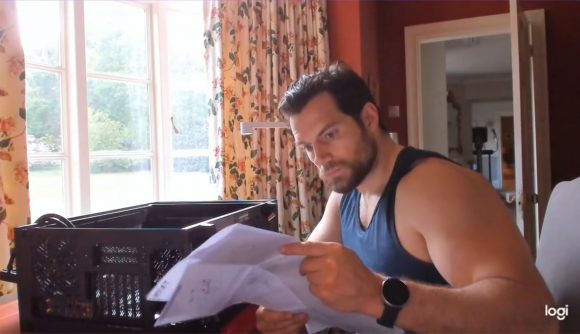 It’s no secret at this point that Henry Cavill, who starred as Geralt of Rivia in Netflix’s adaptation of The Witcher, is a gamer – he’s told interviewers about his preference for the PC, that he “lived and breathed” the Witcher games to prep for his role in the TV show, and he loves Total War so much that Creative Assembly put him in The Warden and The Paunch DLC for Total War: Warhammer 2. Now he’s finally had a bit of time to build himself the gaming PC of his dreams.

Cavill posted a video of his build to his Instagram, and it shows a good bit of the process. It’s also extremely relatable – Cavill may be an expert with a bastard sword now, but it takes him a couple tries to get everything assembled correctly in his new PC.

He’s clearly sprung for quality parts, though: Cavill’s chosen an AMD Ryzen 9 processor (perhaps the best CPU for gaming) and an Nvidia RTX 2080 Ti GPU to build his system around. The Butcher of Blaviken likes to keep things cool, too – he’s picked up a swish-looking NZXT Kraken Z73 liquid cooler for his CPU.

This kind of material isn’t for everyone….viewer direction is advised. You may see a lot of parts that you haven’t seen before. #PC #AllTheParts #AllNightLong

Perhaps the best bit in the video is when he powers the PC on and discovers that he’s mounted the NZXT CPU cooler, which features an LCD display panel, upside down. A day later, he’s put everything right, and the PC looks sharp as a tack.

As you might expect from someone who does most of his work in film, Cavill’s put together a pretty entertaining video here: there’s setup, conflict, and resolution, with a touch of suggestiveness thrown in for good measure. He’s even included a groovy Barry White soundtrack and title cards. As the clip wraps, one reads, “The end; or more realistically, just the beginning.”

Now that Cavill’s PC is up and running, he’ll need to start installing all the best Witcher 3 mods, which we’ve helpfully rounded up for him – and for you, too. He doesn’t have a whole lot of time, though – season 2 of Netflix’s The Witcher series starts filming in August.