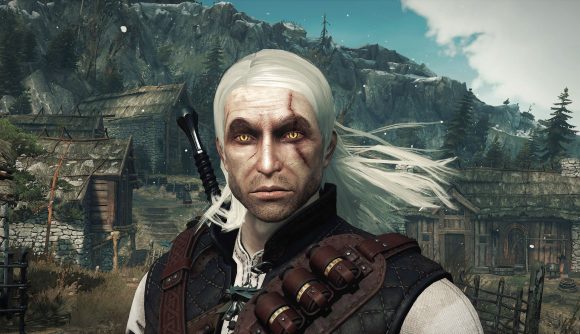 Among some of the best Witcher 3 mods out there are ones that offer additional customisation options for the RPG game’s hero, Geralt. For example, by giving you the chance to use Netflix-Geralt’s face and armour, à la Henry Cavill, instead. Now, you can change things up in whole other way, by taking the monster hunter’s visage on a journey back to the first game – and it’s a little startling.

Lascaroman’s ‘TW1 Geralt Face One’ mod certainly improves on the graphics of the original 2007 game, giving that other Geralt’s face (yes, the one who can’t possibly be the same character we know and love from The Witcher 3) a pretty impressive leap into more modern visuals. However, it’s unmistakably The Witcher 1’s, er, witcher. His signature scar’s still there, sure, but so are his little pouty cheeks, beady cat-like eyes, and oddly smoothed down, wind-resistant grey locks.

If you’ve played the three games in the series so far, you’ll know that Geralt’s taken quite a visual journey since 2007, and his current character model is very different from the one featured in his first adventures on our PCs. Basically, it’d be quite a surprise seeing old-school Geralt pop up in Skellige, Velen, Toussaint, or any of modern-Geralt’s favourite destinations.

While many players will likely prefer to stick with Geralt’s current visage, enhance it through mods, or turn him into a Netflix star, this mod is certainly handy for retro-Witcher fans who’d like return the good slayer’s looks to their roots. Take a look at the results of Lascaroman’s mod below: 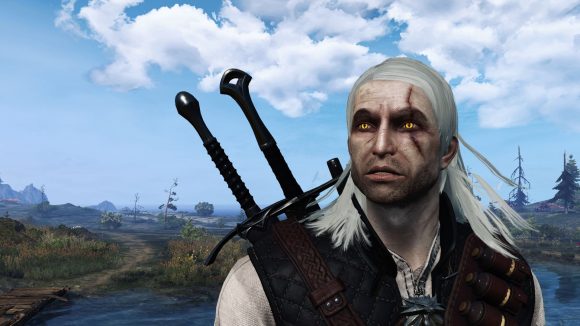 It’s not the only way to turn back the clock on Geralt’s adventures, either – another mod popped up recently which lets you turn The Witcher 3 into its original E3-style demo.

If you’re keen to grab old-school Geralt for yourself, head over to Nexus mods here. As ever, mod at your own risk, and enjoy.