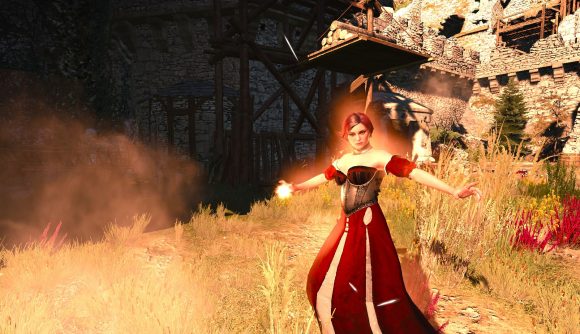 Sure, the whole Triss versus Yennefer debate can be a little reductive in boiling down a complex web of relationships and intrigues into a contest. Still, Witcher 3 fans have their favourites and for various reasons Triss isn’t really one of mine, so an option to swap her for another cool sorceress sounds pretty fun. A new Witcher 3 mod lets you do just that, switching Merigold out and The Witcher 2’s Sabrina Glevissig in.

“Are you bored of dear darling Triss? Or are you fan of the Lodge? This mod can change your Triss into Sabrina Glevissig,” modder Karkulizin explains. It sounds like it’s essentially a re-skin mod, with no indication that it changes Triss’ voiceover or quests, but the character model is impressive and would certainly give you the sense you were playing alongside a whole other character.

With Sabrina only appearing in 2011’s The Witcher 2: Assassins of Kings – well, and that random Witcher 1 module a bit – it looks like the modder has had to do a fair bit of work to update her appearance to bring her into the much newer Witcher 3. And she looks just the part – instantly recognisable from the fantasy game series’ second major title, but visually indistinguishable from the base game’s characters.

The good news is she reportedly works with a companion mod, too. There’s a second option with the mod, which swaps her in for the Blood and Wine DLC’s Witch of Lynx Crag instead, and because she’s also a magic user, you can bring her along on Geralt’s adventures and into combat if you like. 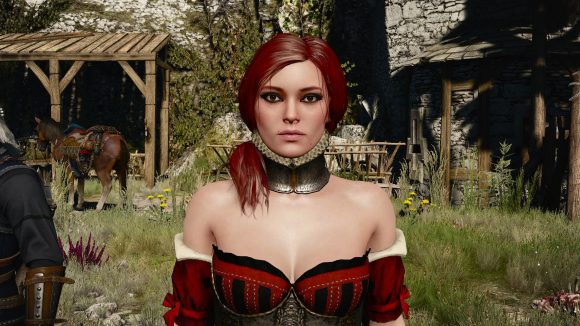 In case you need a refresher, Sabrina was the sorceress advisor to The Witcher 2’s King Henselt of Kaedwen. She didn’t have such a good time of it, though, having been – spoiler alert – burned at the stake by the king for reaching above her station once too often. Poor Sabrina. Her angry soul ends up causing a huge battlefield-spanning curse which Geralt has to deal with, depending on the path he takes. So, she’s a pretty cool figure from the series’ past, and worth swapping Triss out for (probably).

If you’re keen to do so, you can find the mod at Nexus Mods here. As ever, mod with caution, and check out our rundown of the best Witcher 3 mods at that link.