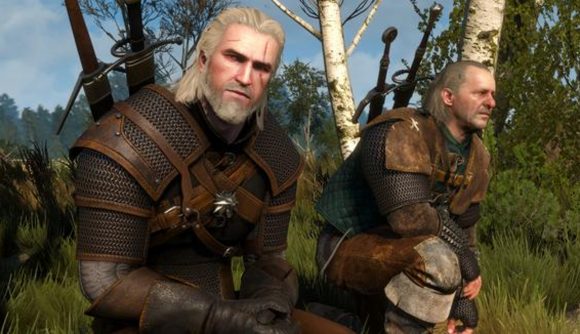 The oldest and most experienced witcher on the continent is joining Netflix’s The Witcher. Kim Bodnia will be playing Vesemir in the show, a distinctly more grizzled witcher than Geralt who acts as a father figure, of sorts, to the white-haired grump we know and love.

Netflix revealed the casting on Twitter. Working per-dominantly in European film and television over the last 30 years or so, Bodnia has drawn some wider attention for work in movies such as Nicolas Winding-Refn’s Pusher and Annette K. Olesen’s The Shooter. He’s garnered acclaim more recently for his role in the BBC spy series Killing Eve, which is likely where many will recognize him from going into The Witcher.

Vesemir’s inclusion in season two suggests we’ll be getting flashbacks to Geralt’s earliest days in his witcher training, since Vesemir is one of the first people to meet Geralt in Kaer Morhen in the games. Older than Kaer Morhen itself, Vesemir’s got some years on him that mean we’re likely to get a history lesson or two while we watch him train and teach young witchers.

There had been some buzz around Star Wars and Batman-alum Mark Hamill possibly playing the character. After fans saw that a description of Vesemir from one of the show’s writers made him sound like Luke, Hamill tweeted that he’d no idea what The Witcher is but would take the role, and as recently as less than two weeks ago it was believed an offer was on the table.

Introducing Vesemir: Kim Bodnia will play the Continent’s oldest and most experienced Witcher in Season 2 of #TheWitcher. pic.twitter.com/HAmYciZ5K4

Bodnia joins three other cast-members who were revealed last week. The witchers Coen, Lambert, and Eskel will be witchering alongside Vesemire and Geralt.

A second season of The Witcher was greenlit before the first even landed on Netflix, but the streaming service was right to be confident as the fantasy series had their most successful first season ever in December 2019. Production is happening right now for a late 2020 release date. You can stay up-to-date on The Witcher season 2 right here.