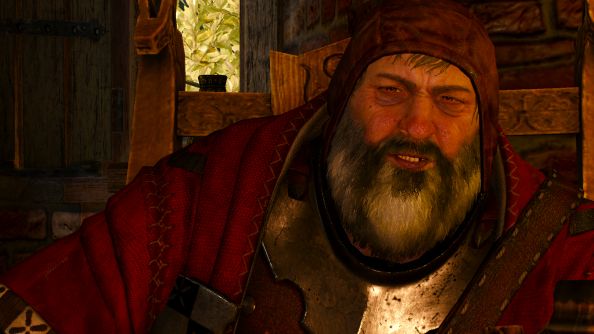 Where Fallout 4 shines as a kind of violent archeology simulator, The Witcher 3’s storytelling is far more reliant on the living. Conversation carries CD Projekt RED’s opus, and a core team of just 14 put together its cinematic dialogue system.

Looking for experiments in storytelling? There are plenty among the best indie games on PC.

How were the studio able to assemble such a vast number of scenes? They generated the first drafts by code. In some, less story-crucial cases, cinematic conversation sequences went “untouched by the human hand”.

Speaking at his GDC session on Friday, attended by PC Gamer, CD Projekt’s Piotr Tomsinski explained that his studio had built up a massive library of animations that could be tweaked and tuned according to the scene at hand.

“The generator’s purpose is to fill the timeline with basic units,” he said. “It creates the first pass of the dialogue loop. We found out it’s much faster to fix or modify existing events than to preset every event every time for every character.”

Provided with voiceover and actor information by the team, the generator could algorithmically handle not only camera movement and placement but also facial and body animation. If the animators weren’t happy with the results, they could run the generator again to get a different take, before diving in to do the necessary manual puppetry.

Automatic direction! Wait til Hollywood hears about this. How did you find The Witcher 3, conversation-wise?