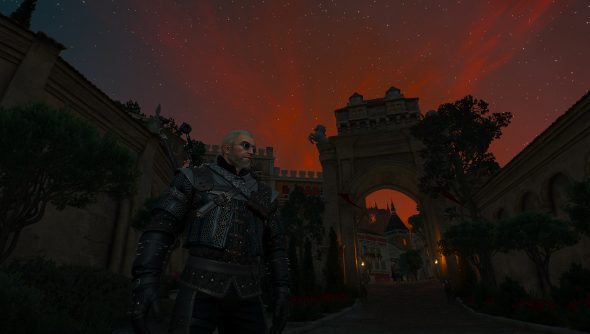 The Witcher 3: The Wild Hunt is exceptional for many reasons, and if I was to rattle off a list, the final example would be that it is blessed with a very strong ending. Or, given that the closing moments are a result of myriad decisions made throughout the game, several very strong endings. It’s one of those rare modern RPGs that I didn’t feel needed DLC to give a sense of closure.

The Witcher 3 justifiably earned a spot on our list of the best RPGs on PC.

Post-game DLC expansions arrived regardless, and they’re fantastic. Both Hearts of Stone and Blood and Wine should be required gaming for anyone with even a passing interest in roleplaying adventures. But as I finished up the finale, bidding farewell not just to Toussaint, but Geralt and his companions, I was left wondering if that very satisfying ending I’d experienced a year ago had been replaced by something less perfect.

From now on, expect a mountain of spoilers for the base game and its two expansions. You have been warned! 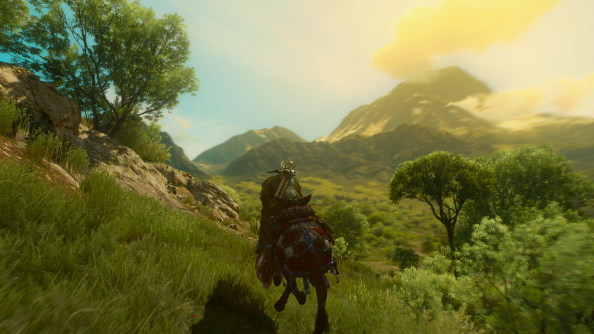 I got the ending I deserved in The Wild Hunt. After a bittersweet morning ride with Ciri, Geralt found himself largely alone again. His adopted daughter returned to her father, the Emperor of Nilfgaard, and both of his paramours had dumped him for being a two-timing cock on legs. It all felt right. Ciri wasn’t a real Witcher, and by going back to her father she could potentially transform the Nilfgaardian Empire into something less appalling. And Geralt continues his lonely journey on the Path, saving the world from monsters while scowling a lot.

This wasn’t a happy ending, but it was a real one. The Witcher isn’t a fairy tale.

Other endings exist. Ones where Ciri dies, where she becomes a Witcher and joins Geralt, where Geralt dies, where Geralt doesn’t fuck up his relationships. What they all share, however, is this sense that the story is over. Complete. Even if we know that Geralt will still have more adventures in the future. This was his biggest, most important one, though.

This made Hearts of Stone, in particular, an odd expansion, because it doesn’t have a sense of place. The level requirements suggest that it takes place after The Wild Hunt finishes (though if you finish it before The Wild Hunt, O’Dimm can give you information on how best to help Ciri), but could really take place at any time during Geralt’s adventures in Novigrad. It’s a brilliant, but mostly self-contained affair. 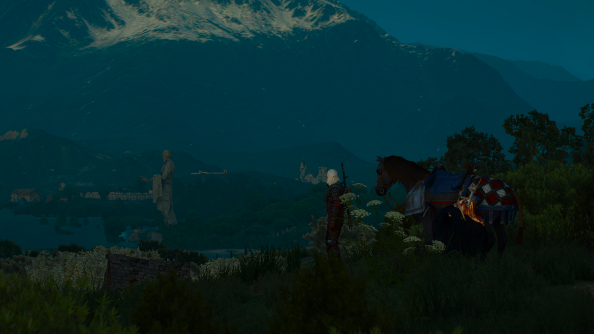 It’s also a bit impersonal. While, yes, it very much affects Geralt, giving us an opportunity to explore the White Wolf’s heart and capacity for love, and there’s the fact that it’s he who is branded and forced to do O’Dimm’s bidding, but he’s a tool. It’s a story that Geralt is featured in, whose eyes we see it through, but I don’t think it’s a story about Geralt.

Hearts of Stone is not the end of The Witcher 3, of course. That would be Blood and Wine, which, with its high level requirements, brand new region and a special, post-credits sequence, feels absolutely like a finale. But once again, Geralt finds himself working on a contract, continuing on the Path, not doing something for himself. Unlike his quest to find Ciri, this is work.

Choices made in the final quests determine the fates of the Duchess and her troubled sister, and by extension the entire Duchy, and just as he was in Hearts of Stone, Geralt is a tool that brings about these endings, which he then observes, just as we do, rather than being deeply affected by them. This is not to say that, in the case where things go sour and both sisters end up dead, Geralt isn’t guilt-ridden, wishing he could have done something to change the outcome, but it can’t really compare to losing or giving up his daughter. 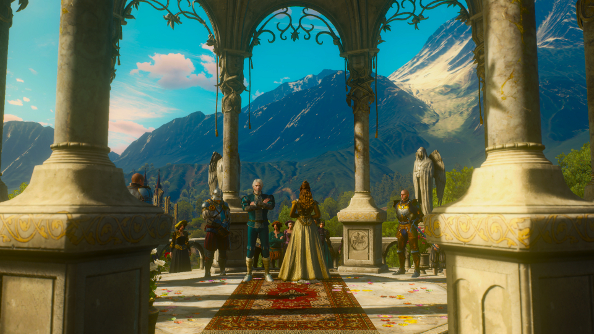 When things conclude, before the credits roll, Blood and Wine does not feel like an ending. It feels like the end of the grand quest, sure, but not the end of The Witcher 3. This wouldn’t necessarily be a problem in an expansion, if it wasn’t for the fact that this specific one is also the end of a trilogy a decade in the making. Aside from a brief letter from Yennefer, the events of The Wild Hunt are largely ignored.

However! Blood and Wine doesn’t end when the credits appear. Once we’re flung back into the game, Geralt goes back to his vineyard – which unfortunately looked terrible in my game thanks to a rather serious bug that remains unfixed – where he’s greeted by a visitor. Who that visitor is depends exclusively on choices made in The Wild Hunt. It can be Triss, Yennefer, Ciri or, if you really cocked up, the perpetually annoying, but rather dashing, Dandelion. In my case, it was Ciri, who’s travelling throughout the Empire so she may be better prepared to rule.

What follows is a very short conversation that ends with a “See ya later!” And that’s it. The end of the trilogy. It’s fairly detached from Blood and Wine, extremely brief, but worse: actually threatens the potency of the original ending. Instead of Ciri going off to make the world a better place, my final memory of her is now this aimless young woman who might just pack it all on. Or might not. And Geralt’s response is basically “Cool beans.” 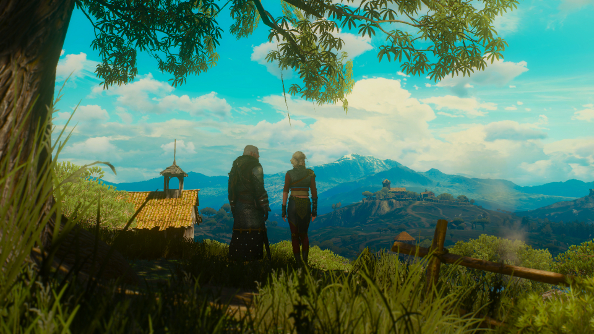 Maddeningly, it also manages to de-fang the expansion’s ending. During the final chat with Regis, the lovely vampire asked if there was a chance that I’d settle down, now that I had a home and even a potential business that didn’t involve monster-slaying. I really can’t imagine Geralt putting away his swords, but at the same time, he’s gone through so much and is clearly so very, very tired, that I recognised how tempting such a life might be for him. My reply, then, was that I didn’t know. Perhaps the life of a vinter was just was he needed, or perhaps not. The ambiguity felt right.

Ten minutes later, Ciri asks a similar question, offering the position of Court Witcher. This time, however, there’s no dialogue choice. Geralt declines, and says he’s dedicated to the Path. I really wanted to interject with “No he bloody isn’t,” but apparently it wasn’t my call.

There were one or two secondary quests I hadn’t gotten around to before the end of the game, so I finished them off, but looming over me was the knowledge that, back in my vineyard, Ciri is there, chilling out underneath a tree, undecided about her future. And there’s nothing I can really do about it. The door has been left awkwardly ajar, but if CD Projekt Red are to be believed, we won’t ever be going through it. This is the end of Geralt’s story, and this time I’m not as enamoured with it.