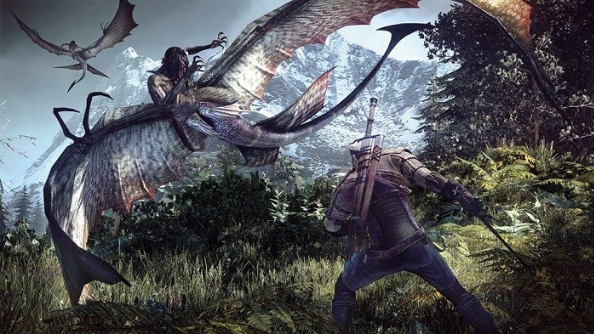 If there’s one thing I love, it’s poring meticulously over company financials and pretending I know all about EBITDA margins. What a spoilsport CD Projekt Red’s studio head Adam Badowski is then for just coming out and announcing The Witcher 3‘s hugely impressive sales figures in plain English. Sorry, Gordon Gecko braces, it’s back in the drawer for you today.

News of the RPG’s stellar commercial performance – even without DRM, remember – came via an open letter from Badowski to accompany the studio’s latest financial report.

“One could think we have six million reasons to be happy and that’s it,” says Badowski. “We do, but that number is also a big responsibility and I want everyone to know that we, as a studio, realize that. For us, all your high praise, all the positive reviews, are also an obligation — we’ve made a really good game but there’s still a long road ahead of us.”

CD Projekt have continued a regular stream of free DLC for The Witcher 3, including new weapon and armour sets, alternative skins for main characters, and new missions. They’ve also been tinkering away at patches to improve performance, with… varying degrees of success.

The financial report (via NeoGAF) also states that CD Projekt Red earned over £40 million in net profit in the first half of 2015. One could think that in fact they have 40 million reasons to be happy, then.