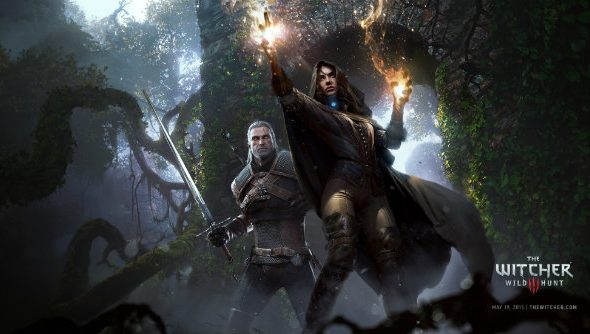 Late-game The Witcher 3 quest ‘Battle of Kaer Morhen’ was a massive undertaking, according to CD Projekt Red quest desinger Pawel Sasko, who says it’s the most technically challenging thing he’s worked on in 11 years. Spoilers for the quest itself follow.

It was worth the effort, as The Witcher 3 truly deserves its place on our list of PC’s best RPGs.

The reason this particular quest was so challenging is because of the variables. Where Mass Effect 3 asked you to pick from three options at its climax so it could mask over your choices – who you enlisted for the final battle, etc – The Witcher 3 instead embraced this diversity.

“In 11 years of my career as a quest designer, I have never implemented such a technically challenging quest as ‘Battle of Kaer Morhen’,” says Pawel Sasko in a Q&A on CD Projekt Red’s forums. “From the early state of paper design we knew that it was going to be a huge and complicated quest – and it turned out to be even worse than we expected.”

At this point in the story, depending on the choices players had made, Geralt could be joined by between nine and sixteen supporting characters during the battle. “Those characters could appear in any possible combination,” explains Sasko. “Plus, some of them had to have additional separate scenes (for instance: the dialog with Roche and Ves confronting Letho). I had to make sure that every player who brought a unique set of characters had a quality experience that would stay with them for a long time.”

This complication also bled into the game mechanics, as the quest design team wanted your choices to have a tangible impact during play, not just in cutscenes. “Each character has something unique to offer that I had to design and implement,” he continues, “while some of the mechanics had to have synergies. For example: if Zoltan is in Kaer Morhen, he brings his explosive barrels; if Roche and Ves are there, they are shooting flaming arrows – but if they are all in Kaer Morhen, Roche and Ves shoot the explosive barrels first to ignite them and blow up the Wild Hunt.

“All scenes and gameplay situations were designed to give the player a reward from what they did in all the quests before. At the end, I was proud of what we managed to achieve and I’m grateful that I was working on it.”

It’s just on another level to what other modern RPGs are doing, isn’t it? Considering this was the team’s first attempt at an open-world game, stuff like this gives me massive hopes for Cyberpunk 2077.

What’s your favourite The Witcher 3 quest? Let us know in the comments.