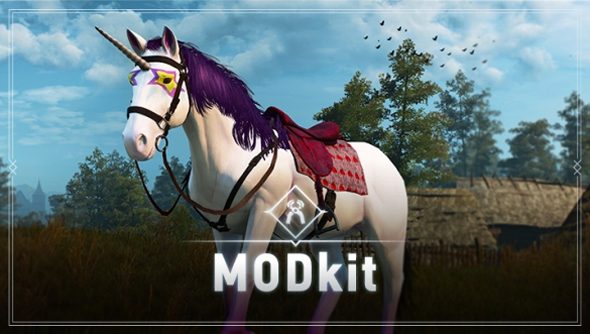 CD Projekt RED have just released the official modding kit for The Witcher 3: Wild Hunt, allowing players to tinker with Geralt’s face, Geralt’s horse’s face, or any of the other faces you might encounter in the giant, open-world RPG.

It’s open season on not only on tinkering with faces, but also importing and exporting your own textures to modify the look and feel of in-game objects. Modders are also free to replace in-game meshes to introduce new objects to the game world in place of existing ones. The tools also allow access to the game’s script files, meaning modders can change item properties to create superpowered weapons.

The set of basic tools, called MODkit, aren’t as extensive as the more powerful REDkit tools released for The Witcher 2, which allowed modders to create their own quests, landscapes and NPCs. No word on when those might arrive. But in the meantime, you can go colour in a horse.

The modding tools can be found over on nexusmods.com