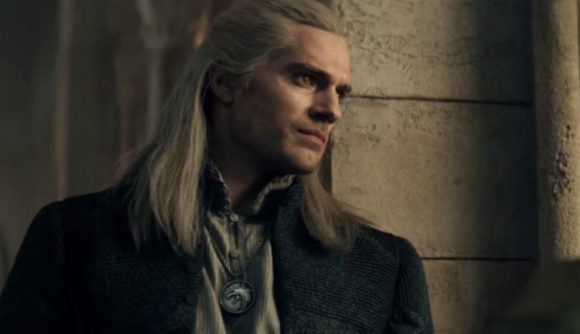 Geralt of Rivia’s a pretty complex guy, with a pretty complex backstory. Having endured the process of becoming a Witcher (which doesn’t sound very pleasant), he also has a bit of a rough-going life as a monsterslayer at times, as well as a pretty complicated love life. You might think that Henry Cavill, the actor playing him in the upcoming The Witcher Netflix series, would have a lot of special prep to do for Geralt, but it seems not – he’s said the games helped give him all the prep he needed.

As reported by CBR, Henry Cavill recently spoke to French language magazine Première about his preparation for the role, and reportedly said (according to a translation by user Valimbomba on Reddit), “I discovered the games, then I discovered the books, and the universe of The Witcher instantly meant something to me.” He continued, “I didn’t even have the need to prepare myself for the role. Because I breathe, I live this universe every day.”

“I already got numerous opportunities to think about this character while I was playing the games,” Cavill explained. “My preparation was already made before the casting started!”

Cavill’s sense of preparation and investment in Geralt and The Witcher universe is also reflected in some comments he made about how he got into character through his costume. In the same interview the actor added that he loves wearing the costume and wig (for Geralt’s signature grey hair, of course), saying, “I had to get used to it at first. It was a bit uncomfortable, but then I forgot it completely!”

Cavill added that when he puts the costume on each day, he goes “one step further into the embodiment of the character. It allows me to slip into the shoes of Geralt.”

There’s no news of a specific The Witcher Netflix release date just yet, but hopefully Geralt and his adventures will hit our screens before too long. There’s also no The Witcher 4 release date to mark on our calendars yet either – but with CD Projekt Red moving to a dual-franchise model part-focussed on The Witcher, we’ll hopefully see one arrive one day.