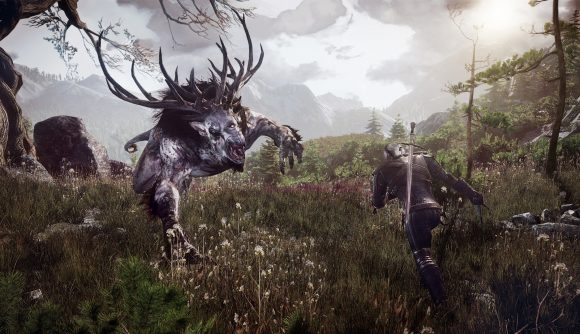 The Witcher 3: Wild Hunt is one of our very favourite RPGs of all time – but it’s also only one in a whole series of games. Perhaps Wild Hunt was your starting point in the world of The Witcher, or maybe that entry point was the recent Netflix series. If so, you may be interested in the other games in the series, and GOG has a deal going right now that lets you buy the complete collection at a hefty discount.

While Wild Hunt hardly needs an introduction around these parts, Thronebreaker and The Witcher Adventure Game are a bit more obscure, even if more recent, entries in the canon. While Thronebreaker’s card-based combat didn’t quite give us the thrills we got from fighting griffons in The Witcher 3, we loved its story and its presentation of its fantasy world. You can check out our Thronebreaker review here.

The Witcher Adventure game, meanwhile, is a digital adaptation of CD Projekt Red’s board game adaptation of its own videogame adaptation of Andrzej Sapkowski’s Witcher novels – are you still following us? At any rate, it’s a game you can play with your friends or against the AI, and features 288 cards and 30 different monsters, all with art drawn directly from the games.

Perhaps the best part of The Witcher Universe Collection is that you can take advantage of the package discount even if you’ve already purchased one or more of the included games – just select the games you want, and GOG will knock off 75%.