If you’ve played through The Witcher 3: Wild Hunt extensively, speaking to every peasant tending the fields, completing even the smallest of tasks in an effort to know everything about this fantasy world, here’s some bad news. The Witcher games, while populated with hundreds of characters, miss out many of the most important and memorable people in the books.

This is largely down to the timeline of the games occurring after the books. It’s alright, you did your best, but there are still many hugely significant individuals you’ve never even seen. However, thanks to spin-off card game Gwent and Thronebreaker: The Witcher Tales, those who haven’t read the Witcher books, but who play the games, are starting to glimpse more of the universe.

Queen Meve, for example, is never seen in the main trilogy, but is important for her role in knighting Geralt after he saved her on the Yaruga river, gifting him the iconic title ‘of Rivia’. She has a bloody important role in Thronebreaker, however, and marks the beginning of a larger exploration of the books through CD Projekt Red’s games. There are many more characters who deserve their time in the limelight, and we would dearly love to see the following appear when The Witcher 4 release date rolls around.

The straight-talking archer, Maria Barring, is one of our favourites in the books. When Geralt goes lone wolf and tries to push away the people who care about him – an almost bi-weekly event – she’s one of the few characters who challenges him. She’s also an expert hunter and plays an integral role in the hunt for Ciri.

Witch one? The best RPG games on PC

When we meet Milva in the books, she’s one of the few humans allowed to live and hunt in the Dryad realm of Brokilon, a reward she earns by guiding the outlawed bands of Scoia’tael of the time to safety. As Milva is a hugely important character with a great backstory, it’d be a shame if fans of the games never got to know her. 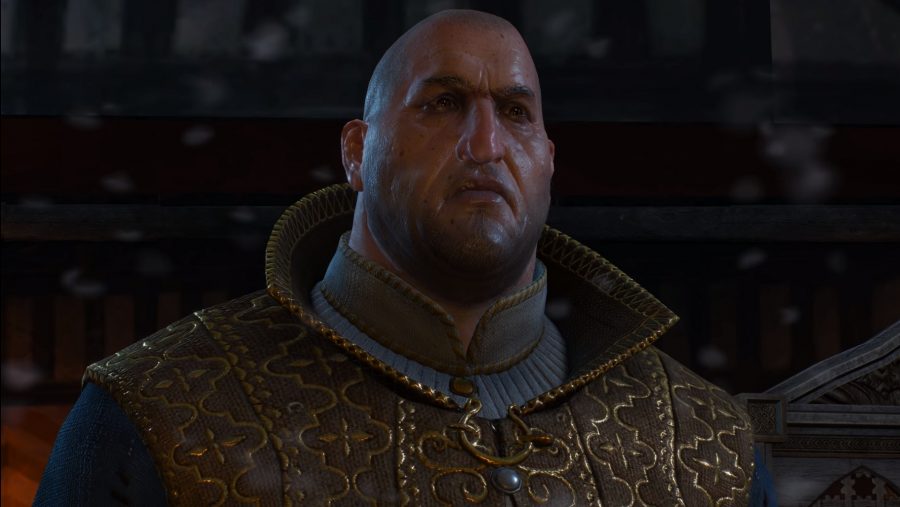 Sigi Reuven and the gang

At the end of the second Northern War, Sigismund Dijkstra was obliged to go into hiding, fleeing from assassins. He started calling himself Sigi Reuven – the second name of his old personal assistant – and decided to pursue a life of crime. But the last time we see him in the books, at Elskerdeg Pass, he bumps into two travellers: the tracker Boreas Munn, and Isengrim Faoiltiarna – ex-colonel of the Vrihedd brigade (basically the Scoia’tael SS, lightning bolts and all).

a further character study would be a rich vein to mine

The three auspicious individuals agree to team up and travel with each other. However, when the time of The Witcher 3 rolls around, Isengrim and Boreas are nowhere to be seen, and Sigi is a lone crime boss in Novigrad. The period that led up to Sigi’s position here could make for an amazing game scenario. There’d be an interesting dynamic between Dijkstra’s newfound disenfranchisement with authority, Isengrim’s cruelty, and Boreas’s conscience, as they pursue criminal enterprise across Zerrikania and Haakland.

The mage Vilgefortz is arguably the big bad of the whole Witcher series. He’s also one of the few people who has beaten Geralt in one-on-one combat. Extremely talented, fiendishly handsome, and as ruthless as he is downright evil, he’s a villain worthy of any story. Not least because he enjoys repeating his go-to enigmatic phrase ‘You mistake stars reflected in a pond for the night sky’, which should give you a sense of his aura.

Before we first meet Vilgefortz at the conclave of mages on the isle of Thanedd, he grew up as an orphan on the streets of Lan Exeter, but was taken in and raised by druids. He spent the next hundred years or so – Witcher mages live for a long time – as a spy, a mercenary, and a criminal. None of these periods are ever really covered by the books and so would make for a good area for a game to explore. 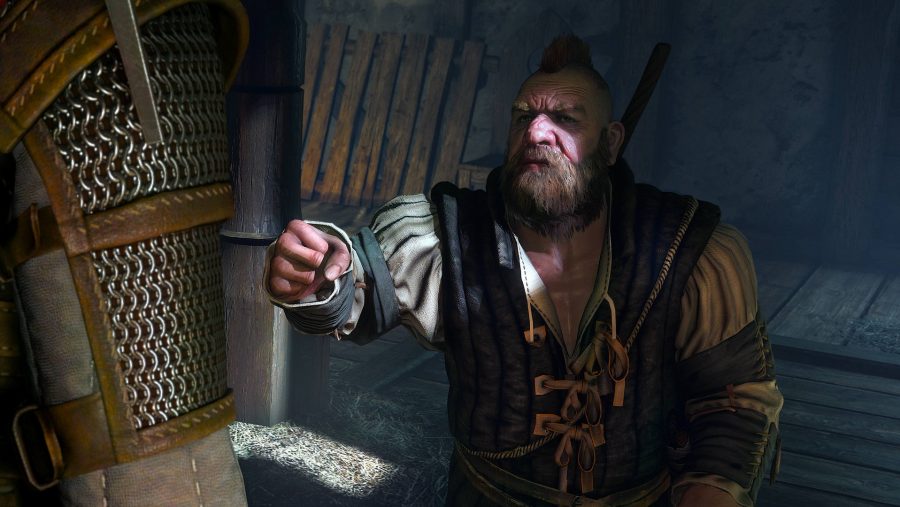 All of the dwarves

Seriously, all of them. Whether that’s Zoltan, Cranmer, Zigrin, Els, or Skaggs, the dwarves of the Witcher universe are fantastic: a foul-mouthed, heavy-drinking, happy-go-lucky bunch. But they’re also fierce fighters. When the Northern line breaks at the Battle of Brenna, the Mahakam Volunteers are the only ones left standing, fending off the entire Nilfgaardian offensive in a square – while also marching to reinforce Foltest.

Throughout the books, characters come and go during the hunt for Ciri. But Geralt’s company - Geralt, Dandelion, Milva, Cahir, Regis, and Angouleme - are the most significant. Their adventures, sacrifices, and group dynamic is, by itself, a good reason to read these books.

There are plenty of opportunities for games to explore these characters, whether that’s Yarpen Zigrin and his dwarven band of dragon hunters, or Zoltan and his company as they journey through the pillaged countryside of the North. Captain Dennis Cranmer – the first dwarf to feature in the books – would also make for a good story, as well as Commander Barclay Els, both of who could lead a narrative based on the exploits of the Mahakam Volunteers.

You know Eskel, Lambert, Vesemir, and of course, Geralt, but did you know there was a fifth witcher in the School of the Wolf? Coen, or as we like to call him, ‘the witcher who stood for something’, was around during the second Northern War and chose to volunteer to fight Nilfgaard, serving in the Light Volunteer Horse at the Battle of Brenna.

While Coen doesn’t feature much, he’s significant because of an idea that’s constantly repeated in the books and the games: witchers don’t take sides. This hardly applies to Geralt, of course, as he picks and chooses sides often, only whipping that phrase out of the bag when he doesn’t want to get involved in a disagreement. But Coen saw Kaer Morhen as part of the North, and wasn’t naive enough to think Nilfgaard’s invasion wouldn’t affect witchers as well. The obligation he felt caused him to stand up and fight. He’s noteworthy for that reason alone but a further character study would be a rich vein to mine. 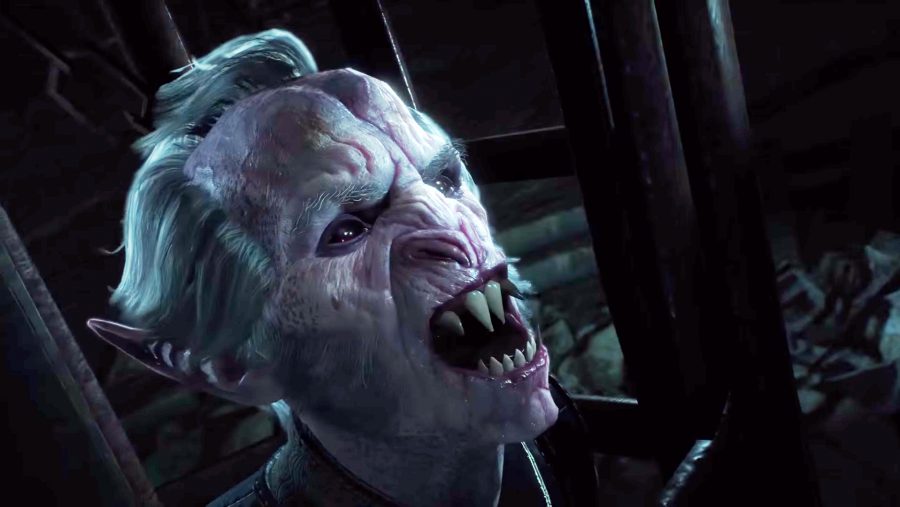 While Regis (or Emiel Regis Rohellec Terzieff-Godefroy) has already been given game time in the Blood and Wine expansion for The Witcher 3, there’s still so much around his character that remains a mystery.

The Higher Vampire with the penchant for mandrake moonshine first encounters Geralt and the gang in an Elven cemetery – where he proceeds to get them pissed and tell them he’s a vampire. But when we first meet Regis he’s old, even by Higher Vampire standards, and is potentially one of the first, coming into existence after the conjunction of the spheres. This means there’s huge potential in following Regis in a story of his younger years, exploring Witcher characters who died long before the books began, like Falka and Lara Dorren.

If Vilgefortz is the antagonist of the Witcher books then it’s fair to say that Leo Bonhart is the most hated character of the series. The sadistic and slightly insane bounty hunter is responsible for Ciri as she is in the games. You wouldn’t think she’s been through half the things he subjected her to. But that’s more a testament to her strength than his cruelty.

Bonhart is an incredibly skilled fighter – one who sells his skills to the highest bidder – and always carries three witcher medallions around his neck: a Wolf, a Cat, and a Griffin, taken from previous bounties. He also bought Ciri her sword, Zireael (‘Swallow’ in the Elder Speech), though this wasn’t a kindness – once armed, he drugged her with Fisstech (basically Witcher cocaine) and forced her to fight in the arena of Claremont.

Bonhart is what Ciri could have become: he does what he wants, takes what he wants, kills who he wants. Their rivalry, which spans multiple books, is a vital part of making the Ciri that so many of us know and love through the games.