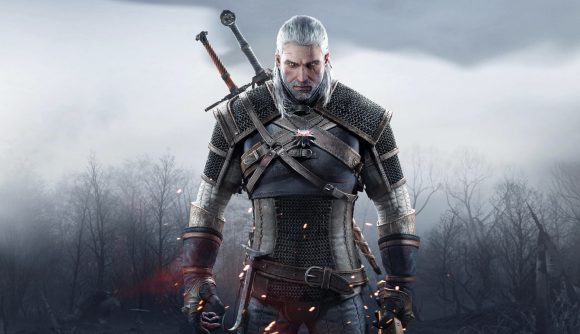 CD Projekt Red has addressed rumours that the next Witcher game is in the pipeline – but it has probably only fuelled the speculation even more. “The Witcher is always in our hearts and minds, but currently we are fully focused on Cyberpunk 2077,” studio head Adam Badowski says. “When the right time comes, we will begin to talk about other projects.”

Badowski was addressing comments that emerged hours earlier from CDPR’s president and co-CEO, Adam Kicinski. As reported by Eurogamer, Kicinski said at a recent conference in Poland: “We’ve been working on a next single-player game already, creating a clear concept that waits for further development. It’s already working but we don’t want to commit to it yet. We’ll start working on this next game right after Cyberpunk 2077.”

He added: “I already said there will be no Witcher 4. I clearly said that Witcher was a trilogy. Simultaneously, we’ve always emphasised that we want to create Witcher games and the agreement with Mr Sapkowski [the author of the Wither books] confirmed our rights.”

Kicinski concluded by saying: “We have two worlds and we want to create games in those two worlds. That’s why all planned games are either Witcher or Cyberpunk.”

All those quotes from Kicinski appeared overnight, leading Badowski to comment further today.

Analysis: The Witcher is likely happening, then – just not before Cyberpunk 2077

Put together, quotes like “we’ve been working on a next single-player game already” and “all planned games are either Witcher or Cyberpunk” leave little to the imagination. A new Witcher game is almost certainly happening – especially when you factor in the popularity of the Netflix series and the upcoming Witcher Season 2 – but CD Projekt Red understandably wants to focus the conversation on Cyberpunk 2077 first.

That game is due to launch on September 17, so hopefully we’ll start to hear more about The Witcher soon after that. Hit the link for more on what we know about The Witcher 4 (or whatever it ends up being named).