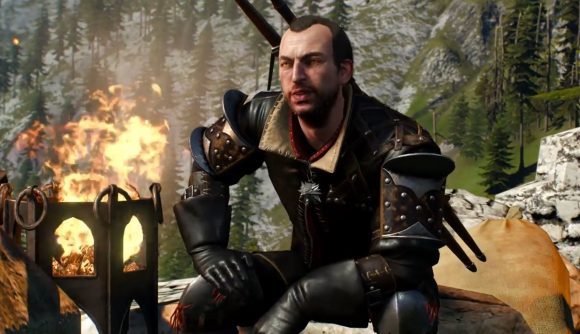 February 14, 2020 A new report suggests Lambert and Coen will be part of Netflix’s second Witcher season.

Looks like The Witcher season 2 is going to be about the witchers – emphasis on the plural. A new report suggests that two more actors have joined the season 2 cast as Geralt’s fellow mutated monster-hunters, and that makes rumours of stopover in Kaer Morhen this season sound all the more likely.

Paul Bullion will join the cast as Lambert, according to the reliable Witcher rumour-seekers at Redanian Intelligence. Bullion is best known for his appearance in Peaky Blinders, and he’s portraying a familiar face for Witcher gamers – he shows up throughout the trilogy, including a major role in The Witcher 3.

The same report suggests that Yasen Atour is Coen – a character who dies during the novel timeline, well before the games. Both Coen and Lambert have a hand in training Ciri at Kaer Morhen during the books. If that arc will be part of this season, it certainly explains why Ciri actor Freya Allan has shared a photo of what appears to be a prop training sword.

Besides the newly-arrived book characters, it looks like we’re going to get a brand-new character this time around, too. Carmel Laniado – who previously appeared in Dolittle – was announced for the cast earlier in February as a character named Violet.

“Brit teen Laniado will join for a minimum of three episodes as Violet,” Deadline reported, “a young girl whose playful and whimsical demeanour is a front for a smarter and more sadistic character.” That sure sounds like a character description from the Witcher, though unless I’m overlooking someone extremely obscure, nobody named Violet has appeared in the books or RPG games before.

The report additionally indicated that filming for the new season begins this month in the UK, and additional shooting is expected to take place in Scotland and Eastern Europe. We already know from a AMA session around the Witcher season 2 that the upcoming episodes will feature more linear storytelling.

Showrunner Lauren Hissrich mentioned during that Q&A that “there’s a whole new set of fun characters coming in S2” – I guess some of them are new creations for the show.

The author of the Witcher books has a few words on what to expect from season 2: “Life is, basically, fucking shit. Best to keep your expectations low. Maybe you’ll be pleasantly surprised.”