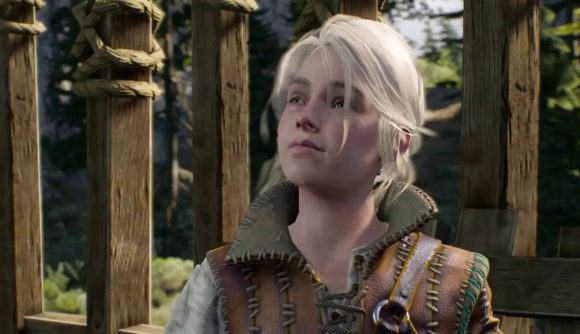 The Witcher season 2 began filming in February, and as early reports suggested it looks like the new episodes will include a lengthy stay in Kaer Morhen, including Ciri’s early witcher training. A load of additional mutant monster hunters have joined The Witcher season 2 cast, including Kim Bodnia – not Mark Hamill – as Vesemir, and it seems four new witchers are now on set for their roles in the story.

Besides Bodnia as Vesemir, early reports also revealed that Paul Bullion portrays Lambert, and Yasen Atour plays Coen. All of those castings are official now, as is the most recent addition: Thue Ersted Rasmussen in the role of Eskel. As Redanian Intelligence reports, Rasmussen has recently posted a photo of his trailer, which suggests that on-set filming of the Kaer Morhen scenes is now underway.

RI further reports hearing that the gaggle of witchers will have a role “three or four episodes” of the new season, and based on the timeline of Geralt’s homecoming in the books, this will cover Ciri’s training in the arts of witching. Those scenes come from Blood of Elves, and fans of the games saw briefly a bit of that training in the opening of The Witcher 3: Wild Hunt.

Ciri has started her training at Kaer Morhen, it seems. pic.twitter.com/cgzvuDvR9e

Check out the best Witcher 3 mods if you’re looking for an excuse to replay CD Projekt’s massive RPG – you’ve got a lot of time to fill before the live-action version returns to Netflix.