It’s at this time of year, when we’re on the cusp of moving into the future and leaving an old era behind us, that I begin to ponder what’s really important in our shared hobby. There are of course many things but, as always, my mind has honed in on one in particular – one that’s consumed my thoughts for at least the last month.

If it’s just general quality you’re looking for rather than specifically facial hair-related, check out the best PC games to play right now.

Who sports the best beard in videogames? Hirsute men with great bushy growths sticking out of their gorgeous faces are commonplace, but who has the hottest facial fuzz? Who is winning by more than a whisker? It’s the big questions that we concern ourselves with around here so, without further ado, let’s begin our countdown of the most marvellous and mantastic topiary of 2015. 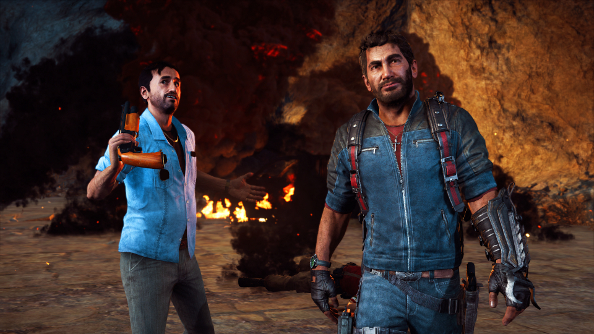 With each installment in the Just Cause series Rico has been blessed with a significant makeover, but his third outing has seen him change in the most dramatic way. His old Agency uniform has been ditched in favour of distressed jeans and work boots, but it’s not his clothes that I’m concerned with. No, it’s the addition of the lovely, furry coat that’s sprouted from his face.

Just look at him and sigh, longingly. His male model look is no more, and instead he’s got a face that tells a story, one of a life where there’s simply no time to shave because there’s a nation to liberate and cows to fling into the sky using a makeshift catapult. Rico’s beard reminds us that there’s a lot more to life than staring in the mirror and shearing off one’s beautiful face hair.

The Lost Vikings (Heroes of the Storm) 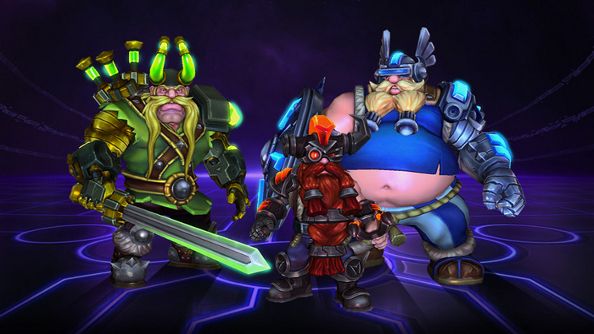 There are many magnificent beards in the Blizzard universe, but with the Lost Vikings you get three for one, and that’s just good value. “Is value important when it comes to picking beards?” I hear you ask. Of course it is! Anyone with a beard understands that more is more, and anyone who thinks less is more probably shaves a lot and should be ignored from now and until the end of time.

The Lost Vikings don’t just give you three beards (well, two beards and a mighty ‘tache) for the price of one, you get Viking beards. These are beards forged in battle, soaked in the blood of their enemies. Do you use beard oil to give your hairy face that perfect sheen? Well, you’re doing it wrong. Use blood, mead, and sweat, just like a Viking. 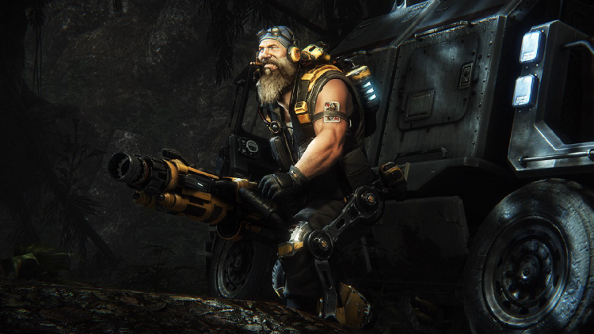 Evolve’s popularity dwindled after Turtle Rock’s DLC plans split up the community and ruffled feathers, but it remains a game that is filled to the brim with lovely facial hair. The king, however, is undoubtedly Hank, an engineer who sports a Santa-level face bush.

Hank’s beard is the first thing you notice about him, and it’s probably quite intimidating if you’re playing as the monster. Just imagine it, charging toward you, soaking up all the damage. Hank might be a squishy, fleshy man-thing, but his beard is made of stronger stuff. It’s an Nth metal beard. 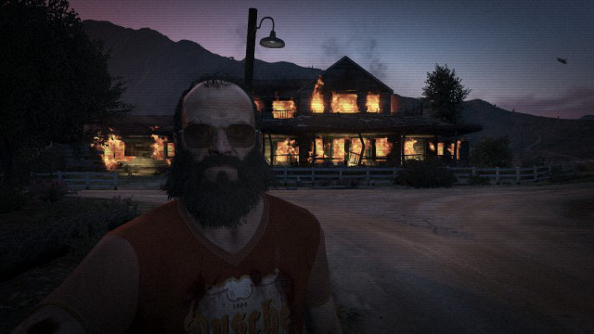 GTA’s trio of crooks can all grow a range of beards, but the gargantuan, survivalist-style beard that can be affixed to the psychotic face of fan-favourite Trevor is undeniably the cream of the crop. It’s a beard that says, “I don’t care about personal hygiene or your conventional standards of beauty.” It also yells, “I will probably set you on fire.”

Extra points are given because you can dress Trevor up like one of those appalling Duck Dynasty creatures and then throw him off buildings for catharsis. Anyone who says that beards can’t make you feel better about the world are plain wrong.

The Bloody Baron (The Witcher 3) 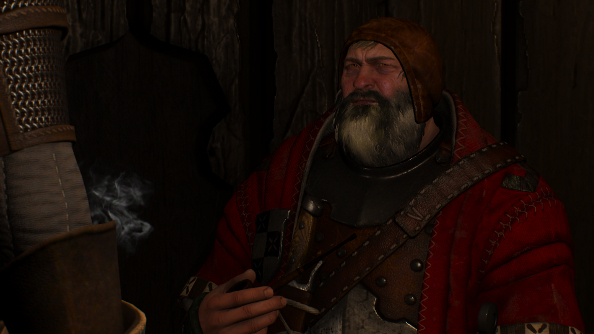 For a lot of people, myself included, the Bloody Baron quest in The Witcher 3 solidified CD Projekt Red’s third game as one of the most impressive RPGs ever crafted. The quest stands as one of the most adult and affecting stories in any RPG, and the titular Baron – a giant of a man – also happens to have one of the game’s most memorable beards.

At first glance, both the beard and the man it’s attached to could best be described as ‘jolly’, but as we get to know him, it’s revealed that this is far from the case. He’s a tortured, complex character, and though he’s a monster that you might hate, he’s a man you can sympathise with. When I look at his beard now, I can’t help but think about the sadness under the follicles. 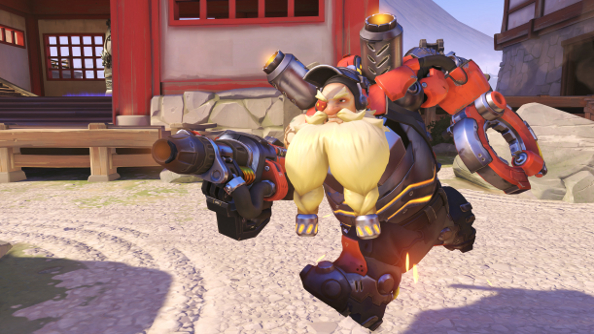 Dwarves and beards go hand in hand, like YouTube videos and shouting. Overwatch’s Torbjorn is apparently just a diminutive bloke, but come on, look at that beard: the guy’s a Dwarf. What a beard it is, like two big golden sacks of goodies. What’s he hiding in it? More weapons, probably.

Let’s take a minute to appreciate those wonderful eyebrows, as well. They are a strong pair of brows, and maybe filled with anger? What have they got to be angry about, I wonder? Maybe it’s got something to do with a robot uprising that he predicted and everyone else ignored. That would make my eyebrows pretty miffed too. 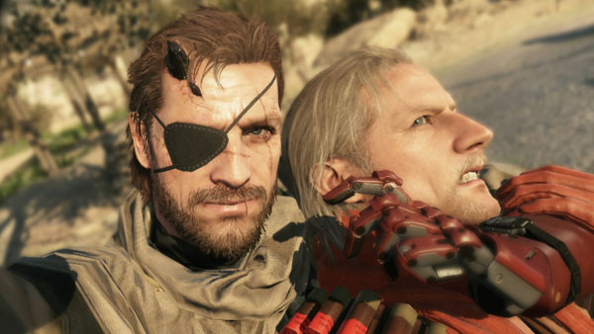 Snake is, of course, better known for his pert glutes, which we get an eyeful off whenever he’s slinking across the ground or crawling up behind an unsuspecting enemy, but I think his beard deserves just as much attention.

I’ve always wondered if Snake’s scruffy, oh so very manly face rug serves a purpose beyond making him look super sexy. Perhaps it also gives him additional camouflage, helping him blend in with his environment as he sneaks across Afghanistan. 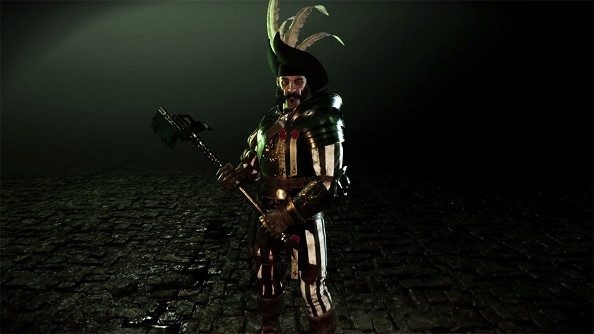 There’s just so much going on here that it’s hard to pick a favourite part of this elaborate do. There’s the glorious mutton chops, the elaborate moustache, the surprising soul patch. It’s almost distracting, frankly, but only because it’s so hard to look away.

The Skaven could probably learn a thing or two from Vermintide’s soldier. Sure, they’re covered in fur, but there’s no styling going on. Can Skaven use scissors? I suspect they can, but they choose not to. Likewise, I bet they know how to lather themselves in oil, gel or wax, but just can’t be arsed. That’s why we have to kill them all. 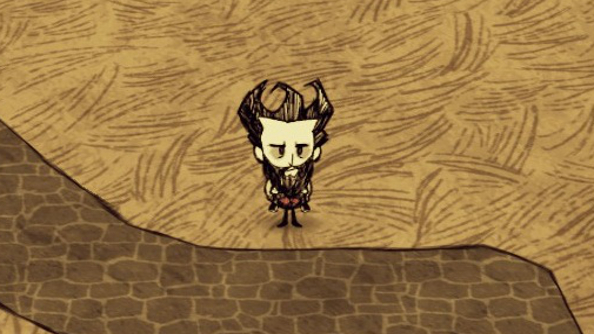 Every character in Don’t Starve has a special ability, but Wilson’s is clearly the best: he can grow a beard. He starts off with a smooth, boring face, but after a few days spent struggling in the wilds, the hair sprouts and he starts to look like a real survivor. Eventually it grows into a majestic beast, proud and strong.

You can craft a razor and clean Wilson up, should you wish, but I can’t even imagine the sort of monster that would want to slay such a wonderous mane. 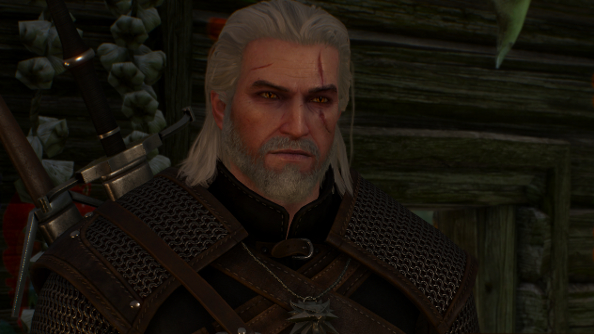 We’ve looked at a lot of good beards, friends, but now we’ve reached the greatest of them all, and it belongs to Geralt of Rivia, the Butcher of Blaviken, the White Wolf. It’s a thick white coat that I can no longer imagine Geralt without, and a constant companion on his journey to search for his adopted daughter, Ciri.

Left to its own devices, Geralt’s striking mane will grow and grow until it becomes robust and shaggy, but barbers throughout the world can also be paid to tame it, styling it into new, sexy shapes. There’s the soul patch, the mutton chops, the goatee, a trim beard, a bushy beard – so much choice, and all of them make the man even more gorgeous. Coupled with his different hairstyles and all his fancy armours, dressing and styling Geralt is a game in itself. 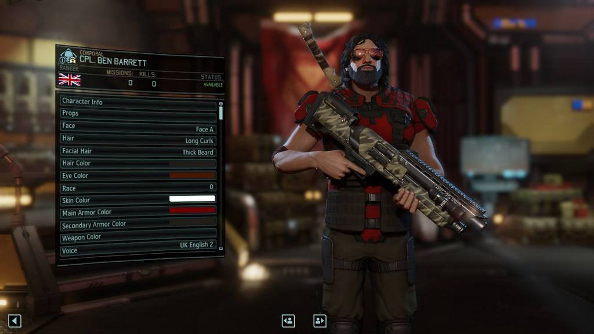 Ben Barrett is a real man who writes about videogames. I have met him. I’m almost certain he’s not a work of fiction. He is the owner of a rather meaty beard (and I suspect that he might actually store meat inside it) and, as of a recent XCOM 2 preview event, is a member of the elite squad of heroes fighting to free Earth from its alien overlords.

I asked Ben if there was a story behind his beard or if he had named it, like one might name a pet. Lamentably, it has no backstory aside from it being born of Ben’s laziness, and it is unfortunately nameless.

And that’s your lot! The best beards of 2015. What a handsome and varied bunch they are. I’ll be the first to admit that admiring beards is a very subjective pastime, however, so if you feel like I’ve missed one or two out, or if you reckon a beard in this lineup hasn’t really earned its place, be sure to make your voice heard in the comments.