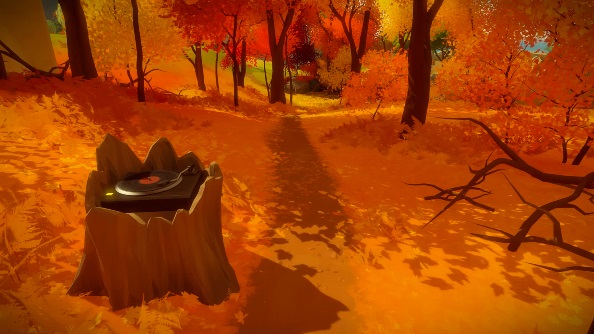 Jonathan Blow’s indie success story Braid has a wonderful, soothing soundtrack that merrily pipes along as you hop around its painted world. If you were hoping for such a memorable score from Blow’s next game, cut those hopes down to size right now: The Witness doesn’t have any music.

Is The Witness destined to land on our best indies on PC list? We’ll find out in January.

“There is (almost) no music in the game. This is not an arbitrary decision, but is in fact very important to the coherence of the thing we are making,” explained the indie developer in a new blog post.

“The Witness is a game about being perceptive: noticing subtleties in the puzzles you find, noticing details in the world around you. If we slather on a layer of music that is just arbitrarily playing, and not really coming from the world, then we’re adding a layer of stuff that works against the game. It’d be like a layer of insulation that you have to hear through in order to be more present in the world.”

The sound design is instead focussed on ambient noise. However, even that is complicated with The Witness, as “you are alone on this island, and there are not even any other animals. There are no birds in the trees!”. Clearly it has been quite the challenge for the audio team at Wabi Sabi Sound, although with a background working on Dead Space and Ori and the Blind Forest, they seem the ideal people for the job.

Aside from atmospheric audio, the game will have voice over, although only in English. Subtitles will be provided in English, Italian, French, German, Spanish, Portuguese, Arabic, Russian, Japanese, Korean, Polish, Indonesian, and Simplified and Traditional Chinese. More languages may be added, although the process is expensive according to Blow.

The Witness launches January 26th. Check out the trailer above to listen to the game’s atmospheric audio in action. Sounds pretty windy.