Space Hulk is a board game about combat in cramped quarters, in which short missions are cut shorter when chitin appendages inevitably find a gap in your squad’s terminator armour.

What it’s not is an FPS. And yet here is Space Hulk: Deathwing, an Unreal Engine 4 shooter about leading a squad of bulky spacemen into battle with genestealers aboard a mangled mass of asteroids and rotting spaceships. 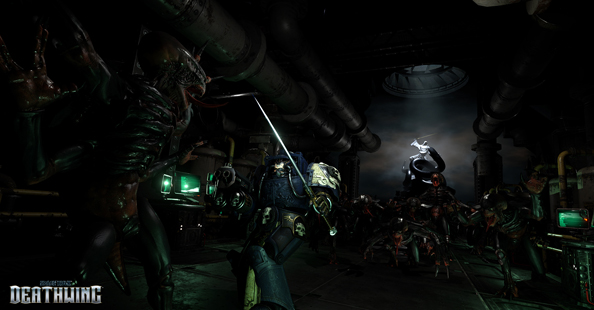 Deathwing is the work of StreumOn Studio – the Deux Ex disciples behind ludicrously ambitious shooter-RPG E.Y.E Divine Cybermancy, which seemed to do okay on Steam.

As a heavily armed and armoured Deathwing Librarian, we’ll forcibly shush the chattering monsters in the claustrophobic aisles of a Space Hulk – one of the congealed balls of space debris that drifts along currents in the Warp, 40K’s chaos dimension. 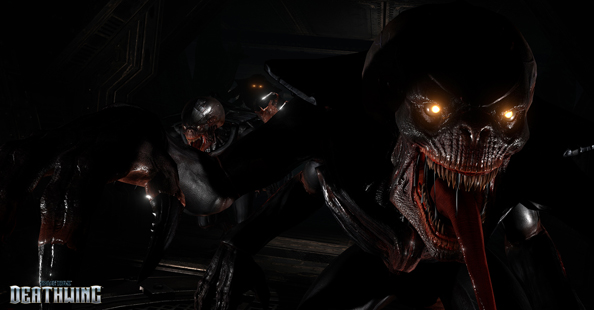 The HR Giger-style genestealers were the real stars of the board game, and will remain so here – their various subspecies will populate Deathwing, and even provide humanoid heavy weapon-wielders in the form of hybrids. StreumOn promise they’ll be “varied, versatile, and terrifying” – and plan to supplement them with chaos minions like Bloodlords (boss material if ever it travelled the Warp).

Our Librarian will gather new equipment and weapons aboard the hulk, eventually unlocking a degree of psychic ability via skill trees that suggest a healthy RPG element.

It’s not clear whether the “perilous missions” will be separated on seamless – but we’re in contact with StreumOn to find out more. 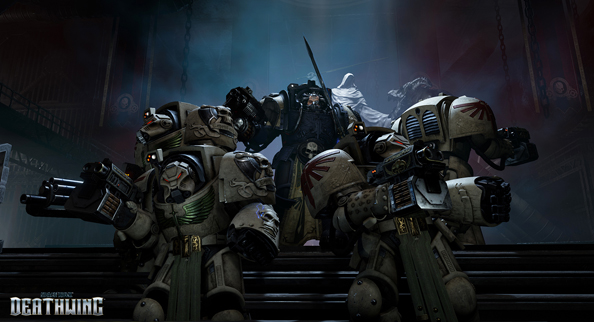