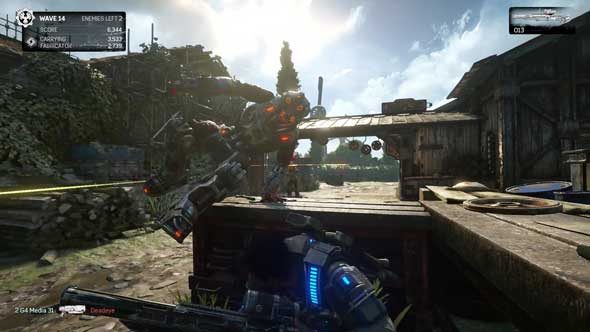 Update November 1, 2016: Play Anywhere is coming to ARK: Survival Evolved, so Xbox One players will be able to play the PC version for free (and vice versa), making Studio Wildcard’s survival game among the first third-party titles to adopt Microsoft’s consumer-friendly policy.

The only other game not from Microsoft to support Play Anywhere currently is Everspace. In a post on the official site, during a lenghty Q&A, Studio Wildcard responded to a question about the service coming to ARK.

Imagine all our list of upcoming PC games came with a free Xbox One copy.

“We’re working on it (on the side),” says Studio Wildcard co-founder, Jeremy “Drake” Stieglitz. “[It] requires reformatting ARK’s application handling to work with Universal Windows Platform.

“Hard to predict exactly when it’ll be ready to release at the moment, but it’s looking like December!”

This comes after Phil Spencer’s comments about third-part adaptation of Play Anywhere last month, which you can read below. Hopefully it’s a huge success for both Everspace and ARK, so other developers and publishers follow suit.

Original Story October 17, 2016: We could eventually see big publishers giving away PC copies of their games alongside the Xbox One versions, and vice versa, once they start to see the benefits of Microsoft’s Play Anywhere promotion, says Xbox boss Phil Spencer.

Play Anywhere is actually really great and it’s good for consumers. Buy any of Microsoft’s first-party titles like Gears of War, and it unlocks across both platforms: console and PC.

Your save even uploads to the cloud and you can carry on the fight when you switch between platforms. It’s like magic.

Phil Spencer thinks we could see third-party publishers trial it in future, once they look past the obvious.

“I’d say some of the bigger traditional third party publishers, they want to see how this works out for us,” he said during an interview with PC Authority. “There’s always a fear that you’re ‘giving away two games for the price of one’. I’ll say I think there are very few people that actually buy a game twice, once on PC, once on console.

“Really what you’re doing is you’re just allowing the customer you already have to play your game more often. In today’s world, engagement on games is more engagement on games, [and] is almost always a good thing, given multiplayer and the business models around those games.

“I think the third-party big publisher adoption will happen in time.”

While it would be amazing to see this happen, I won’t hold my breath. I mean, you can get an Origin Access subscription right now, but you’ll still have to pay again to get the same service on Xbox One, albeit under the banner of ‘EA Access’.

Maybe one day soon publishers will look beyond the immediate hit, instead looking at keeping hold of happy customers.