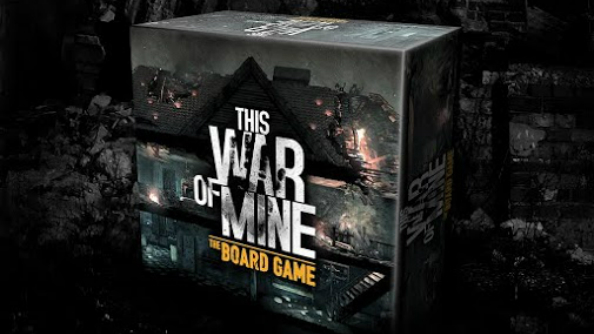 If there’s ever been a concept just begging for a tabletop game adaptation, it’s that of a group of terrified civilians trapped in a city turned to rubble by civil war, scavenging for medical supplies and food while fending off radiers. Today, 11-bit Studio announce that just such plans are afoot.

Have you played all of our best PC card games?

They’ve enlisted veteran board game designersMichal Oracz and Jakub Wisniewski to adapt their popular 2014 survival game for the tabletop. And while I’m obviously being sarky about the concept, it informed a well-regarded PC game so I’m certainly not betting against its migration to a new platform.

“TWOM The Boardgame features a multiplayer experience for up to 6 players,” reads the presser, “as well as a solo variant. You will be able to play as the well-known characters from the video game and face hundreds of new challenges and difficult choices.

“The boardgame significantly broadens the original game’s universe and emphasizes the depth of the plot, yet its main focus will be on human interactions driven by survival instinct and group decision-making.”

Apparently, and somewhat ambitiously, there’ll be no need to read the manual before playing the TWOM board game – it’s insta-play. I can’t even imagine how that works, unless it’s basically snakes and ladders with more dirt smears and rubble.

You can sign up for updates on the board game over at the official site.