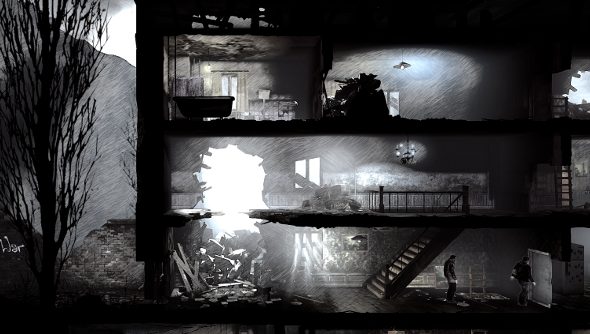 Sitting atop the Steam charts is about as good for the coffers as you might imagine, as evidenced by news that This War of Mine recouped its development costs in only two days.

Developer 11 Bit Studios announced the success alongside patch notes for their siege-centric side-on Sarajevo survival sadness sim, which has been floating around the Steam Top Sellers list since launching on November 14th.

11 Bit also detailed some of the stats they’ve recorded since the game went live, including the rather depressing fact that “less than 11% of players managed to see the end of the war”.

This War of Mine is currently 10% off on Steam.