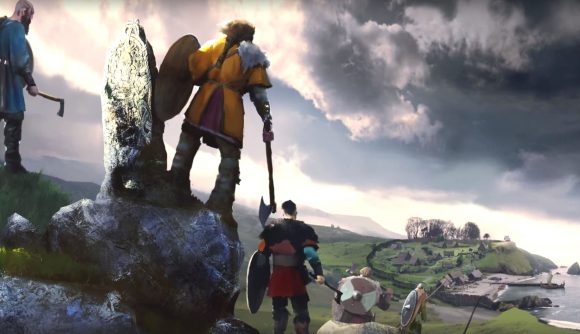 THQ Nordic, the publisher of Darksiders, has acquired the intellectual properties for the Expedition series. The publisher has also teamed up with the developer of the series Logic Artists to start development on an untitled third game.

THQNordic announed this collaboration on its Twitter profile with a picture of both the Expedition games, Expedition: Viking and Expedition: Conquistador. There was no further information about the agreed new game, so that title will remain a secret, for now.

The Expedition series isn’t the only IP the publisher has picked up recently. Earlier this week THQ Nordic acquired two more studios. The first being Coffee Stain, the minds behind Goat Simulator, and the second is Bugbear Entertainment, who created Wreckfest.

If you don’t know, both the Expedition games are turn-based RPGs, and both were released less than five years ago. Expedition: Vikings came out in 2017 and focuses on a small band of Norse warriors searching for wealth and glory. Expedition: Conquistador released in 2013 and follows a Spanish expedition as they travel from Spain to Mexico.

We are happy to announce that THQNordic has acquired the intellectual properties for the Expedition Series. Together with @LogicArtists, we also agreed to start development of a third game!#THQNordic #ExpeditionsViking #ExpeditionsConquistador pic.twitter.com/m3ASBSqSEQ

THQ Nordic is acquiring games by the handful. In October it bought the Alone in the Dark IP and the month before it bought Kingdoms of Amalur. The publisher also has planned releases for Darksiders 3 in November and Metro Exodus in February.

The publisher seems to be focusing on mid-size gaming – the same area THQ operated in before it went bankrupt and Nordic Games took over. The company then rebranded to the hybrid of THQ Nordic in 2017.