Thronebreaker: The Witcher Tales is nearly upon us, bringing a blend of grand role-playing and extensive card battles. While its genre blend is mostly unique, it’s far from the first title in either of those traditions. CD Projekt has built some nods to what’s come before, with a handful of references both obvious and surprising.

The obvious reference is to Hearthstone. You’ll eventually come across a battle titled Stone Hearth, where you’re asked to play a round of Gwent with an innkeeper during a snowstorm. (Or you might call it a ‘blizzard.’) As the description notes, the residents there “played by a set of rules different from what humans were accustomed to in the lowlands.”

It’s no surprise to see a reference the game that set the standard for digital CCGs, but there’s also a nod to the excellent strategy series, The Banner Saga. That game’s caravan of Nordic fantasy archetypes seems to have taken a wrong turn into the world of the Witcher, and you’ll find a cart with a lengthy red banner broken down in the snow. “Downright poetic,” Gascon says. “Prime material for a ballad, perhaps even a whole saga.”

We’ll leave the details of these Easter eggs for you to discover, but you can see the results below. 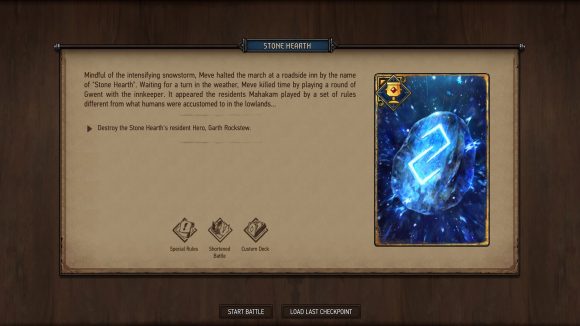 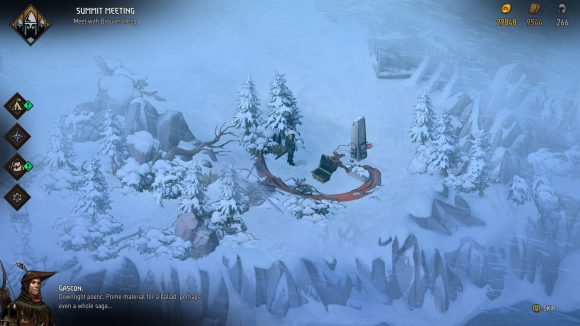 Check out our Thronebreaker review if you’re on the fence about CD Projekt’s latest. It’s an excellent story that builds on the world you’ve typically seen through Geralt’s eyes, but may leave hardcore card game players disappointed by its lack of strategic depth.