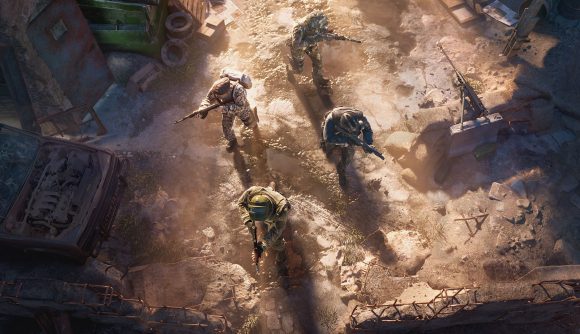 PlayerUnknown’s Battlegrounds parent company Krafton has revealed a more substantial look at a brand-new title it has on the way at tonight’s 2020 Game Awards live show. Called Thunder Tier One, it’s touted as a top-down tactical shooter that gets players taking control of an elite task force to battle enemy operatives. The upcoming PC game has been unveiled with a shiny debut trailer, but there’s also a chance to sample it early if you’re tempted by what’s been shown – there’s a Steam gameplay preview on offer this weekend.

The Thunder Tier One gameplay Steam preview will go live on Friday, December 11 at 16:00 GMT / 11 ET / 08:00 PT and will feature both single-player co-op and two multiplayer game modes, ‘Advance and Secure’ and ‘Deathmatch’. The demo will also offer two campaign missions to dip into.

Krafton describes Thunder Tier One as “highly strategic and realistic” which means you’ll need to assess your task force’s surroundings quickly, and make decisions in real-time equally quickly, too, based on the tactical skillset at your disposal.

You can check out the Thunder Tier One teaser trailer from the awards show below to get an idea of what it’s about.

You can find out more about the upcoming title on its Steam page here if you’re keen to check out some screenshots and other details. There’s no release date to jot down just yet, but you’ll get the chance to hop into a sampler of the game later today if you’d like to give it a go.