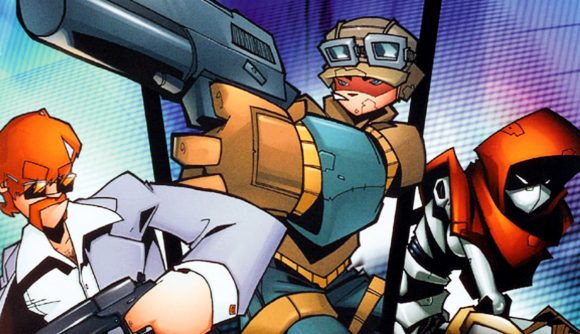 Well, there’s some good news to start your day. A new TimeSplitters game is in the works with heaps of the original creators on board to shape it. Deep Silver has taken to Twitter to confirm the news, sharing that a new studio has been created to take on the project.

“You asked and we listened,” Deep Silver tweets. “We have been working on plans to bring the TimeSplitters franchise back to life, and we are pleased to let you know that we are setting up a new Deep Silver development studio to do just that. Free Radical Design is re-forming and will be headed up by industry and TimeSplitters veterans, Steve Ellis and David Doak.”

TimeSplitters initially released way back in 2000. It’s a first-person shooter from a handful of former Rare developers that is a throwback to some of the studio’s previous games like GoldenEye 007. It’s got plenty of its own ideas, though, and features multiple periods with a cast of 18 time-travelling characters.

It got follow-up titles in 2002 and 2005, though the rights eventually went to Crytek before Deep Silver’s parent company Koch Media picked them up in 2018.

We never got the whole TimeSplitters experience on PC, though Homefront: The Revolution features two levels from TimeSplitters 2. In fact, a developer recently revealed the entire game was there all along.

If you’re looking for more of the best FPS games on PC to keep you busy while you wait, you know where to click.