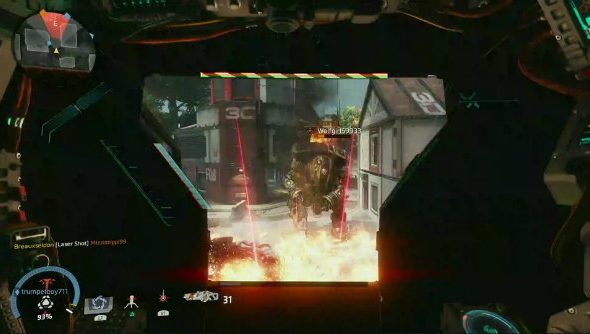 Titanfall 2’s multiplayer mode has been unveiled in an exciting new trailer, showing off grappling hooks, more titans, expanded pilot gameplay and the series’ signature parkour-laden competitive play. Have a watch of the trailer below:

Here’s everything we know so far about Titanfall 2.

The biggest changes to Titanfall 2’s multiplayer will come from expanded choice – there are now six titans you can pilot – and the addition of grappling hooks, which look to switch up play by launching players into the sky and allowing for more impressive aerial acrobatics.

It looks like you’ll be able to attach the grappling hooks to just about anything: a wall, the ceiling, your mech, someone’s face… It really seems like Respawn are trying to add more variety to combat, with players pulling themselves to places and pulling things towards them.

Other than that, there’s brutal melee takedowns and “deep progression”, according to EA, which should hopefully appease those who found the first game lacking.

All these new additions will layers over that satisfying core gameplay of the first game, with even the MOBA-esque NPC grunts making a return.