In the beginning, there was nothing except all of matter, condensed into a infinitesimally small speck. That speck exploded, with a very big bang, and the universe began. BIllions of years later, in an ocean that no longer exists, tiny crustaceans explored the sea floor. Lacking any form of sentience, they were unaware of their part of the drama still to come.

Related: Check out the best old games on PC for more time-tested classics.

The crustaceans died, leaving piles of shale and sand and flesh. Compressed over may millions of years, their flesh and organic matter was converted into a viscous black soup, highly prized by the gangly bipeds that now roamed across this increasingly browner planet.

This black goop was refined, processed, refined again, and eventually recombined into what the humans called a “DVD case”. In factories, more of the bipeds inserted sheets of paper, onto which were printed 16 seemingly randomised digits. These packaged goods, now known as “Titanfall 2 – PC Download Edition” were stacked on pallets, forklifted onto lorries, passed to boats and aeroplanes and fired across the world. The next morning, after being wrapped in cardboard and labelled with a geographical identifier, it was loaded into the back of a van and driven across Wiltshire on a route programmed via AI to ensure maximum efficiency. That route allowed little time for the driver to contemplate the sheer magnitude of human effort and ingenuity required to harvest and refine tiny crustaceans into the “Titanfall 2 – PC Download Edition.” 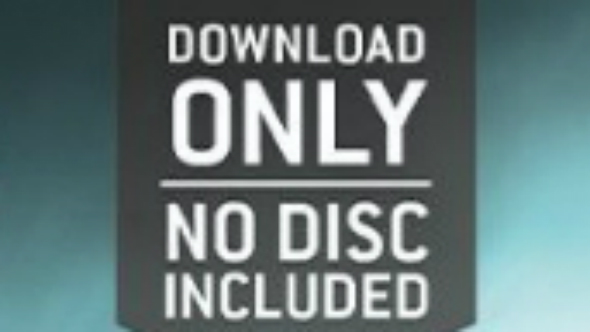 It turned out that these boxes labelled “Titanfall 2 – PC Download Edition” were highly prized. Not for their inherent value, but for the hexadecimal codes engraved onto the scrapings of dead trees inside. For these could be exchanged for a package of electrons delivered across copper and fibre optic tubes, eventually arranged into a particular order onto a rotating platter of solid state memory.

And what was really fucking weird is that these DVD cases were at least 10 pounds cheaper than just downloading the game in the first place.

And the cases weren’t even recyclable.