Mechs dropping from the sky! People running on walls! Bullets everywhere! It can only mean one thing: Titanfall 2 is upon us, chucking a single-player campaign on top of the multiplayer and promising countless hot mech-on-mech brawls. The first Titanfall was a decent PC port, so what about its younger sibling? Is it sleek and shiny like a factory-fresh Titan, or is it more of a rusty oil drum?

Will the Respawn sequel shake up our list of the best FPS games?

Titanfall 2 is a good looking game, with detailed maps that run the gamut from lush canyons to military bases, but it’s not particularly memorable. The visual fidelity is high, but the art style leaves a lot to be desired, being quite plain and vaguely like countless other sci-fi military shooters. 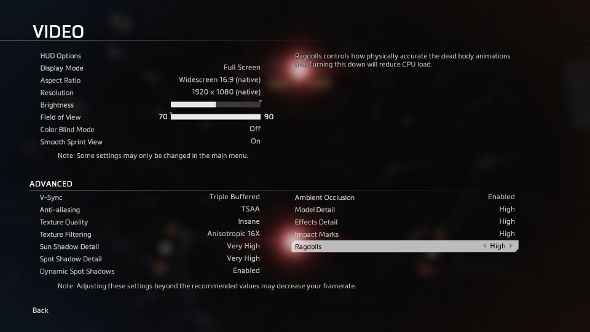 While the game’s graphics settings don’t make for a large list, they does cover the important elements that you’ll most want to tweak, from the big ones like texture quality to smaller effects like impact marks. Most settings range from low to very high, though you can push textures a little further to the ‘Insane’ setting. Anti-aliasing options range from the recommended TSAA to a variety of levels of MSAA. Additionally, there’s an FOV slider, though lamentably limited between 70 and 90, and multiple in-game vsync options.

One very welcome feature of the graphics option menu is detailed descriptions. Anything you can tweak is accompanied by a paragraph that explains, often in detail, how the option will affect performance, both CPU and GPU, as well as some handy recommendations. It’s something every game could use, but is generally absent and is thus a nice surprise here. 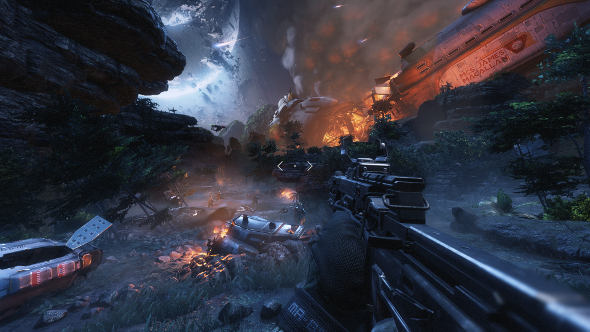 There are no presets, so ‘Max’ here is just everything cranked up. Texture quality is the only element that can be turned up to insane, while the rest are very high or high. The game can look incredibly striking, particularly in motion.

Performance ranges from 60 to 100fps, which is surprisingly high, with it averaging at 70fps… to begin with. Unfortunately performance can start to tank after a while, with random and significant drops down to 30fps. I suspect my CPU or RAM is to blame, here. Turning texture quality down to very high reduces these dips. 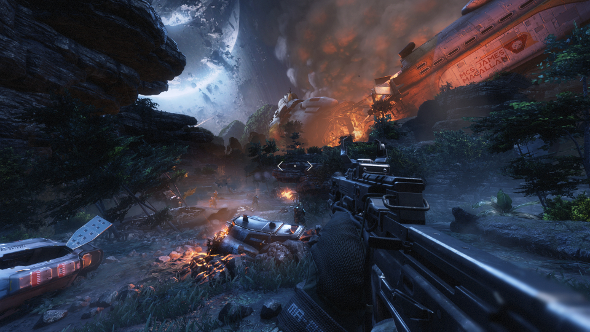 Using the high settings, Titanfall 2 doesn’t lose too much. It’s mostly in the shadow detail, as the change in texture quality is extremely subtle. As you can see above, the scene remains impressive.

With these settings, Titanfall 2 frequently hits 100fps, and sometimes jumps up to 120. Generally, though, it sticks between 80 and 90fps. 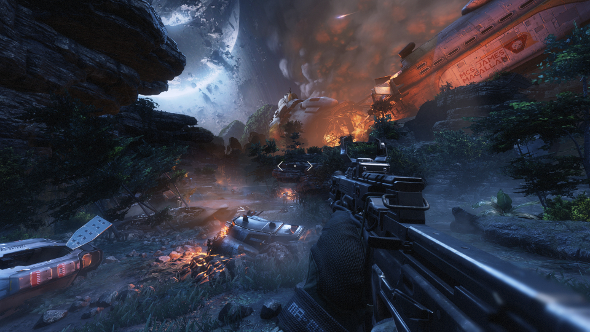 Turned down to medium, objects start to lose complexity. Foliage is reduced, and you might notice that rock formations are smaller and less detailed. The reduction in shadows and texture quality also makes it a little flatter. A lot of this, however, I’m only really noticing after studying the screenshot, and it’s not nearly as obvious while playing.

Performance is actually quite similar to the high settings, but with more significant peaks that go up to 140. In interiors, the performance improvements are actually more obvious, as the game tends to bounce between 120 to 140fps, while outdoors it’s between the high 80s and 90s. 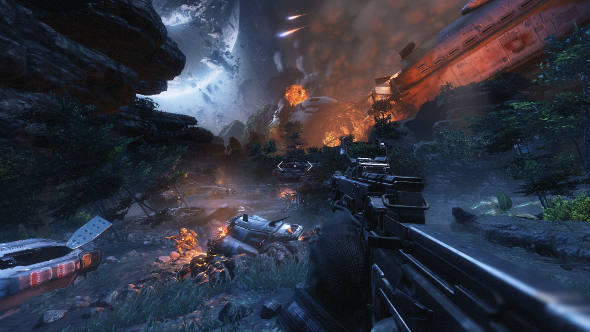 With every setting either changed to low or turned off entirely, Titanfall looks pretty different. To get textures this ugly, you normally have to find a workaround because you’re trying to run a game that you don’t even meet the minimum specs for. You can’t even see the name of the ship anymore. This is good, of course, since it should open the game up to much older PCs.

Given the massive drop in quality, performance is great. A mostly consistent 140fps is not something I see often in modern games, but I get it in Titanfall 2.

Multiplayer performance is roughly the same as single-player, though it can change a bit from map to map. Importantly, in the matches I’ve played, it never dipped below 60fps on very high settings. 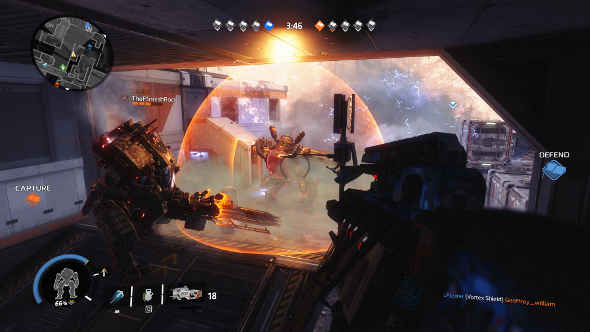 So it looks good, runs well, and the good news continues thanks to a customisable HUD. I could use a few more options, admittedly, but you can tweak the amount of information you receive, as well as aiming depth of field. There’s a separate list for multiplayer, too, mostly concerned with removing or activating announcements like player kills and level ups.

Controls are likewise customisable. You can (and should, because some of them are silly) rebind the keys if you’re using mouse and keyboard, while the brave souls using a gamepad get six different button layouts to choose from, as well as left and right-handed options.

Titanfall 2 is a straightforward and competent port. There’s some room for improvement, certainly, and some issues with textures loading slowly at the start of missions (I’ve only noticed this once, but it does seem to be happening more for others), but it’s otherwise perfectly solid. If you’re split between the console or PC version, end your indecision, because this is the one you’ll want.