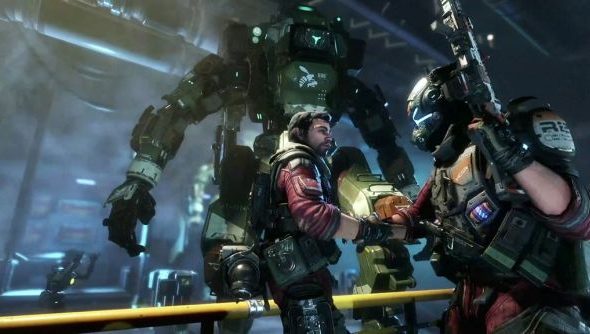 Whoops. Titanfall 2’s single-player campaign has accidentally been confirmed and trailer’d by EA. This came as part of a test stream on YouTube, where up until then they’d used placeholder materials instead of full trailers. That didn’t hold true, and various internet sleuths found the stream and have now ripped out the trailer. In response, Respawn have released the official version of the trailer so we can see it in nice-o-vision.

In the original rip (mirrored toDailyMotion), we also see a small presentation beforehand with more details. This is what has been revealed:

As seen in the trailer, the singleplayer is going to be all about the interaction between Titan and Pilot, like a lovely dog-human relationship. It’s coming out October 28, which is in the gap between CoD: Infinite Warfare in early November and Battlefield 1 on October 21. That seems like a terrible idea for everyone involved, but we’ll see if they go for a delay after the technical test or before. We’ll have more on Titanfall 2 later tonight.